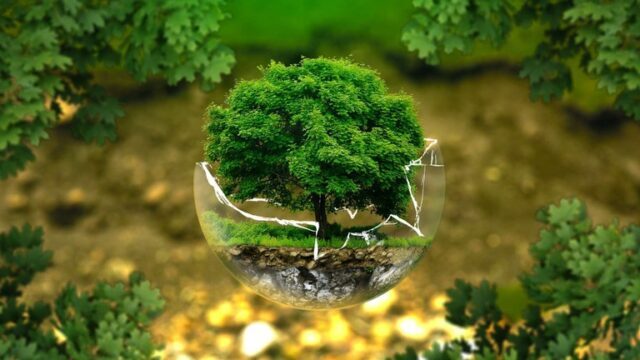 This article is written by Prachiti Shinde, a student of Thakur Ramanarayan College of law

The complex of physical, chemical, and biotic factors that act upon an organism or an ecological community and ultimately determine its form and survival

Environmental legislation is the collection of law and regulations pertaining to air quality, water quality, the wilderness, endangered wildlife and other environmental factor.

Evolution of Policies and Lwas

Now we can see the timeline from emergence of environmental laws to the laws applicable till date.

It is assumed that environmental awareness existed even in the pre-Vedic Indian valley Civilization which augmented in northern India about 5,000 years ago. It is visible from the archaeological samples accumulated from Harappa and Mohenjo-Daro which were the eminent cities of the civilization. Their apprehension about hygiene and sanitation can be seen from their constructions of ventilated houses, numerous wells, bath rooms, public baths and covered underground drains. Protection and cleanliness of environment was the heart of Vedic (1500–500 BC) culture. In Arthashastra various punishments were designated for the crimes like cutting trees, detrition of forest and for slaughtering animals

For Mughals, Forest was a piece of land where they could hunt. Medieval history was reined by Muslim Rulers where there was inconsequential development of environmental legislation except during the rule of Mughal Emperor Akbar. No common man was allowed to hunt except for nobles or rulers. No prominent outcome was observed regarding environmental laws or policies as such as they were just engrossed in wars, religious proliferation and expanding empire. Apart from “royal trees” which was an exception unless upon a fee, there was no restriction on cutting of other trees, hunting animals, etc. Deforestation was the main issue

A lawyer and a committed environmentalist, he made an effort to protect India’s environment remarkably. He had set up legal activism as solid bedrock for environmental protection and evidently conveys that a single man can make a difference

Born on October 12, 1946 M C Mehta was from a trivial part of a village in district Rajouri in the State of Jammu & Kashmir (India). It was here that he engrafted his love for nature and commitment about protection of environment He is a post graduated in political science and law from Jammu University and started his practice in Jammu & Kashmir HC. He articulated his views against corruption and discrimination in Jammu region. In 1983, after migration from Delhi he became Supreme Court lawyer. In 1984, his interest developed in environmental litigation.

M.C. Mehta solo won numerous landmark judgments from India’s Supreme Court since 1984, including introducing lead-free gasoline to India and decreasing the industrial pollution polluting the Ganges and abrades of the Taj Mahal.

Some of the Remarkable Case Fought by MC Mehta

Due to acid rains caused by highly toxic emission from these industries, treat was observed upon Taj Mahal as well as other historical testaments

M.C Mehta had filed a petition in Supreme Court in 1984 regarding this. In 1996, the Apex Court gave verdict in which the Court banned the use of coal and cake, and also encouraged the use of Compressed Natural Gas.

River Ganga is a very sacred one among the Hindus; it flows through India and Bangladesh but this holy river getting polluted due to leather factories and shop in the banks of the river in Kanpur. The river Ganga became so polluted that it could not be used for essential chores.

Writ petition was filled by M.C Mehta in SC to anticipate the nuisance caused which led to contamination of river. Kanpur Municipal Corporation received various directions from the apex court; and also this judgement would be valid for all other Municipalities which have dominion over areas in which River Ganga flows.

After this case, the Supreme Court directed the Central Government to schedule all the educational institutions to teach at least one hour in a week for the protection and improvement of our environment in the first ten classes.

Oleum Gas Leak case is also known as Shriram Gas Leak case. It was a notable case in the environmental field. Shriram Food and Fertilizers was a subordinate of a private company known as Delhi Cloth Mill Limited.

All the units are accumulated in a single complex, which is located near a dense populated area of Delhi. In short span of time, it created a nuisance for the surroundings of local people.

M.C Mehta filed a Public Interest Litigation for the speedy closure and relocation of the complex. On 4th December 1985 after a month of filing the petition, the Oleum had seeped in the complex & consequently several people were found to be injured.

In this case, the Supreme Court gave a landmark verdict and the rule of Absolute Liability lay down. The Court also introduced a new chapter to the Factories Act and made quite a few changes in environmental laws.

Against vehicular effluence, the Supreme Court had delivered a landmark judgment in 1992.

Retired Judge of the Supreme Court was appointed along with three other members to recommend measures for the nationwide management of transport pollution.

Five small chemical industries were operating at Rajasthan’s Bichhri without the adequate equipment. Toxic discharges from these industries found passageway in the groundwater and on wall which affected 14 nearby villages.

M.C Mehta filed a petition on Supreme Court, and finally after 5 long years fight in Court, a verdict was declared on March 1996. This resulted in closure of the factories.

According to Article 48 (A) of the Indian Constitution, the state shall try to protect and improve the environment. It should also endeavour to safeguard forests and wildlife of the country.

According to Article 51(A) (g) of the Indian Constitution, every citizen of India has a fundamental duty to protect and improve the natural environment including forest, lakes, rivers, and wildlife and should have compassion for living creatures.

I would like to conclude my article by acknowledging the efforts of our green advocate M.C Mehta for bringing awareness and change about the environment. He has been awarded he Ramon Magsaysay Award for Public Service and the Goldman Award.  He has been cited for “claiming for India’s present and future citizens their constitutional right to a clean and healthy environment” by the Magsaysay award jury. Still are many loopholes in environmental laws and policies.

It is our fundamental duty to protect our surrounding and bring awareness by educating people and imparting knowledge about the same.

Intern with us!
Memorandum and Articles of Association
Consequences and Evidence of Tax Evasion