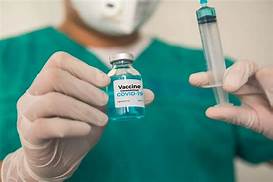 The present article has been written by Prateek Chandgothia, a 1st year BA LLB student at the Rajiv Gandhi National University of Law, Punjab

Under the Indian Patents Act, compulsory licensing is defined as decentralizing the rights over a patented commodity and allowing the production or manufacturing of the commodity without obtaining prior permission from the owner of the patent. Various international treaties and agreements have legislated compulsory licensing as a legal course of action in situations where ramping up the production of a commodity are essential within a shorter period of time.

Chapter XVI (Section 84-92) of the Indian Patents Act of 1970 lays down the provision of compulsory licensing of patents. Section 84 of the Act lays down the following –

“At any time after the expiration of three years from the date of the [grant] of a patent, any person interested may make an application to the Controller for grant of compulsory license on patent on any of the following grounds, namely: –

“If the Central Government is satisfied, in respect of any patent in force in circumstances of national emergency or circumstances of extreme urgency or case of public non-commercial use, that compulsory licenses must be granted at any time after the sealing thereof to work the invention, it may make a declaration to that effect, by notification in the Official Gazette.” Moreover, Section 100 of the Act allows the usage of Patented inventions for government purposes.

The Trade-Related Aspects of Intellectual Property Rights (TRIPS) agreement furthered the emergency granting of compulsory licensing in 1994. Before the TRIPS agreement, India singularly allowed compulsory licensing only for process patents and not product patents which allowed companies to only reverse-engineer the patented products. However, the TRIPS agreement facilitated flexibility in terms of granting compulsory licensing by the government of different countries. Article 31 of the agreement deals with the right of granting compulsory licenses. These flexibilities were clarified by the Doha Declaration of 2001. Clause 5(C) of the declaration clearly recognizes the flexibility that “each member has the right to determine what constitutes a national emergency or other circumstances of extreme urgency, it being understood that public health crises, including those relating to HIV/AIDS, tuberculosis, malaria and other epidemics, can represent a national emergency or other circumstances of extreme urgency.”

Apart from these provisions and legal agreements, a fairly related case law was laid down in the case of Natco Pharma Ltd. v. Bayer Corporation, wherein the Intellectual Property Appellate Board upheld the decision granting a compulsory license of a life-saving drug for liver or kidney cancer, Nexavar, which was sold by Bayer at an exorbitant cost of Rs. 9 lakhs. Natco Pharma Ltd. offered to manufacture the same drug for Rs 9000. It was held that various international conventions and Indian laws allowed the member countries to grant such compulsory licenses to make medicine cheaply available to the public. The same was reiterated in the Suo Motu Covid-19 Case hearing taken up by the Hon’ble Supreme Court of India recently.

There has been a long-standing debate on the issue of whether or not, protection of Patent Rights be given priority over the public access to essential and affordable medicine. While the giants of the pharmaceutical industry have constantly argued in favor of prioritizing the protection of patent rights, the governments of various countries have been in the favour of providing public access to essential and affordable medicine.

A major argument from the side of the Pharma giants has been along the lines of costs of R&D in the development of a ground-breaking invention being the reason for the skyrocketing prices of the drugs. They also argue that excess granting of compulsory licenses stifles innovation in the long run by reducing the period of protection of patent rights. On the flip side, the governments have argued that it is evident that the prices set by the Pharma corporates are highly profit-driven and are solely made to generate increased revenues through sales of the drug rather than accessibility. Therefore, an extension of the period of protected patent rights will only contribute towards increasing the profits of these corporations. Moreover, evidence shows that the level of pharmaceutical patent protection, especially in developing nations, is irrelevant in spurring innovation.

The classic rationale for allowing compulsory licensing is that public welfare, and particularly health, in the immediate term outweighs the long-term objective of encouraging innovation.24 While this does not, in any manner, indicate an absolute sacrifice of innovation, the pressing nature of public health can necessitate a compromise, placing innovation at a lower priority. Pharmaceutical companies argue precisely against such a compromise. The dealing with this power struggle has varied across different countries. While countries like Brazil have effectively used the provisions of TRIPS for granting compulsory licenses, as a tool to threaten the Pharma Corporates to lower the prices of essential drugs, certain developed countries have argued against this increased practice of granting compulsory licenses and have sided with the Pharma Corporates instead.

Given the current Covid-19 Pandemic, compulsory licensing of the Covid vaccines is a necessary step towards ensuring fair and affordable access, especially in the Indian Context. The income disparities in India have been at an all-time high as a result of continuous complete lockdowns, increasing unemployment, and poverty. With a population as large as 1.35 billion people, it is essential to ramp up production and supply of the covid vaccine as herd immunity remains a distant reality. Considering the deadly second wave, nationwide and the state-wide lockdown has not resulted in avoiding the resurgence of covid infections and has only facilitated the deferment of the same. Therefore, it is evidently concluded that an efficient and quick-paced vaccination drive is an integral component to ensure victory in the fight against this deadly pathogen.