Compensation of Victims when a Crime is Committed 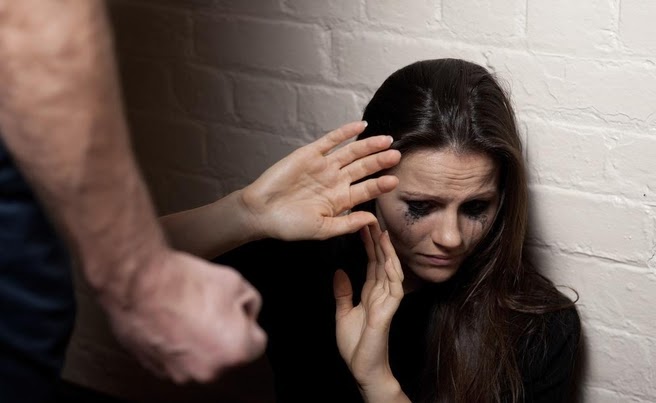 This article is written by Indra Priyadarshini, a student of Alliance University, Bangalore. This paper discusses the compensation available to victims of a crime in India.

According to Article 1 of the United Nations General Assembly Declaration of Basic Principles of Justice for Victim and Abuse of Power, the term ‘victim’ means “persons who, individually or collectively, have suffered harm, including physical or mental injury, emotional suffering, economic loss or substantial impairment of their fundamental rights, through acts or omissions that are in violation of criminal laws operative within Member States, including those laws proscribing criminal abuse of power.” Thus the word “victim” refers to any person, group, or entity who has suffered some injury or loss due to harmful or illegal activities of another person, or group. This harm can be physical, economical, or mental. According to Article 2 of the UNGA Declaration, this term does not only apply to the person who suffers the harm or loss, in some cases, it can also be used to refer to the near and dear of the victims. It also includes persons who have suffered harm while helping a distressed victim or while preventing victimization. A person will be referred to as a victim even if the offender is not identified, prosecuted, convicted, or apprehended.

The word ‘compensation’ refers to something which compensates or is given for the purpose of compensating an injury or loss incurred by another. It is a counterbalancing factor or the amends made, in monetary form, to compensate loss or injury, or for requisitioned property. Compensation to the victims denotes to something that is given in order to recompense i.e. equivalent rendered. The objective of compensation is to make good the loss sustained by the victim or legal representative of the deceased.

In India, the right of a victim to receive compensation was recognized under the previous Code of Criminal Procedure of 1898 as well. But this right could only be exercised in cases where a substantive sentence or fine was imposed and limited to the amount of fine actually realized. However, this provision was not invoked very often. Later on, this right was read as a part of the fundamental right under Article 21 of the Constitution. Section 357A was inserted in the Code of Criminal Procedure, 1973(hereinafter referred to as CrPC). This section mandates the states to provide for compensation to victims out of the victim compensation fund created for the purpose. The following are few of the laws relating to compensation to victims of crime:

Compensation under Various Provisions of CrPC

The 41st Report of the Law Commission discussed Section 545 of the CrPC of 1898 extensively. The report stated that the importance of recovering the compensation should be enforceable in a civil court, similar to the public remedy available to tort. Earlier, the use of the word “substantial” posed a demarcation on the gravity of compensability which excluded cases where nominal charges are recoverable. However, the report debated against the demarcation since the courts rarely utilised their discretion in applying this provision while directing compensation for victims. Thus, the Government of India introduced the Code of Criminal Procedure Bill, 1970, according to the recommendations of the Law Commission Report. It was aimed at revising Section 545 and re-introducing it in the form of Section 357 as it reads today. The CrPC then incorporated the changes proposed in the said Bill of 1970. In the Statement of Object and Reasons it stated that Section 357 was “intended to provide relief to the poorer sections of the community” whereas, the amended CrPC gave the power to court to order payment of compensation by the accused to the victims of crimes “to a larger extent” than was previously allowed under the Code. Section 357 brought about certain significant changes. The demarcation was removed with the exclusion of the word “substantial”. Furthermore, two new subsections were inserted. Subsection (3) allows for the payment of compensation even in cases where the sentence does not impose a fine, while subsection (4) outlined the jurisdiction and powers of courts with respect to the section. It states that an order awarding compensation may be made by an Appellate Court or by the High Court or Court of Session when exercising its powers of revision.

In the case of State of Gujarat v. Hon’ble High Court of Gujarat the Supreme Court stated that
“Section 357 of the Criminal Procedure Code, 1973 provides some reliefs to the victims as the court is empowered to direct payment of compensation to any person for any loss or injury caused by the offence. But in practice the said provision has not proved to be of much effectiveness. Many persons who are sentenced to long term imprisonment do not pay the compensation and instead they choose to continue in jail in default thereof. It is only when fine alone is the sentence that the convicts invariably choose to remit the fine. But those are cases in which the harm inflicted on the victims would have been far less serious. Thus the restorative and reparative theories are not translated into real benefits to the victims.”

Section 358 deals with the interpretation of who is a ‘victim’ and what would constitute ‘compensation’ for that purpose. While defining who a victim is, the Supreme Court has stated that “the term ‘Victimization’ is defined neither by the Central Act nor by the Bombay Act. Therefore, the term ‘Victimization’ has to be given general dictionary meaning. In Concise Oxford Dictionary, 7th Edn., the term ‘Victimization’ is defined at Page 1197 as follows : make a victim; cheat; make suffer by dismissal or other exceptional treatment.” Section 358 states that compensation should be provided to any person who would be a victim of an arrest without reason. It states that in such situations, the Magistrate may award compensation of up to  ₹1,000/- to the person who is a victim of such an arrest. However, as per this section, a direct connection between the arrest and the complainant is required. To apply this provision, the arrest must have been caused by the informant without any sufficient grounds.

Section 359 deals with cases where an accused is convicted by the court upon a complaint being filed for a non-cognizable offence to a court. It states that a Court of Session, an Appellate Court, or the High Court, while exercising their revisional jurisdiction, can make an order for the payment of costs in such situations. Apart from the penalty imposed, the court may also order the accused to pay to the complainant, either in whole or in part, the cost which is incurred by the complainant in the prosecution. Furthermore, the court may also sentence the accused to a simple imprisonment for a period not more than thirty days in case he does not make the payment.

The CrPC also, under section 237, deals with cases where the accused may be victim to false allegations. Sections 237 deals with compensation to such peculiar victims. This section allows the Court of Session to take cognizance of an offence in accordance with section 199 (2) of the CrPC. If, in the opinion of the court, there is a lack of reasonable ground for the allegation, it may order the complainant to pay compensation of an amount not exceeding ₹1,000/- to the victim of such false accusation, after recording reasons for the same. Similarly, section 250 empowers the Magistrate to order the complainant to provide compensation to the person against whom baseless allegations were made.

Compensation under the Indian Constitution

The Constitutional provisions, especially Articles 14 and 21, could be widely interpreted so as to include rights of the victims of crime including the right to compensation. Similarly, the constitutional remedies for human rights violations, is extensively applicable to the victims of crime. There are provisions in Directive principles of State Policy which could be liberally construed to cover victims of crime entitling them the right to compensation. Article 38(1) states that the state should strive to promote welfare of the people by securing and protecting, as effectively as it may, a social order in which social, economic and political shall inform all institutions of national life. This provision if interpreted creatively is inclusive of victims’ rights. In the case of Delhi Domestic Working Forum v. Union of India, the Supreme Court observed that “It is necessary, having regard to the Directive Principles contained under Article 38(1) of the Constitution of India to set up Criminal Injuries Compensation Board Compensation for victims shall be awarded by the court on conviction of the offender and by the Criminal Injuries Compensation Board whether or not a conviction has taken place. The Board will take into account pain, suffering and shock as well as loss of earnings due to pregnancy and the expenses of child birth if this occurred as a result.”

Article 39 (provides for policies to be followed by the state to secure economic justice) and Art 40 (which provide for equal justice) are inclusive of victims’ rights to compensation. Article 41 states that the state shall make effective provisions for securing public assistance in the “cases of disablement” and in the “case of undeserved want”. The expressions disablement and other cases of undeserved want could be surely interpreted to include victims of crime and hence state is obliged to provide public assistance to victims by way of monetary compensation apart from guaranteeing other rights to them. These directives though non justiciable, imposes obligation on the state to take positive action for the welfare of the people. Moreover many of the Directives are elevated to the status of Fundamental Rights by judicial decisions. Apart from these, as per Article 51-A of the constitution it is the Fundamental duty of every citizen, “… to have compassion for living creatures” and “to develop humanism”. These provisions also could be creatively interpreted to include victims of crime.

The victim compensation in India is still not the strongest point of our criminal law. The remedies currently available under the law are limited, segregated, uncoordinated and demarcated. This is the major loophole that’s present in the system, which must be remedied by enactment of a set of comprehensive laws by the legislature. Nevertheless the criminal justice system has changed its approach and the legislatures and judges have been playing an important role in the exceeding of the rights of victims of crime in the criminal justice administration. But still there are cases where the victims have not received their due concern and their rights have not been given their due weightage. Victims have few legal rights to be informed, present and heard within the criminal justice system. But unfortunately, victims do not have to be notified of court proceedings or of the arrest or release of the defendant, they have no right to attend the trial or other proceedings, and they have no right to make a statement to the court at sentencing or at other hearings. Further, the coordination between the courts, the police, the DLSA and the State Legal Services Authority must be more specific. Therefore, each instrument must inform and assist the victim in realizing compensation.

Types of Custody in India
Definitions and Development of Law of Torts
Lawfully Judged!