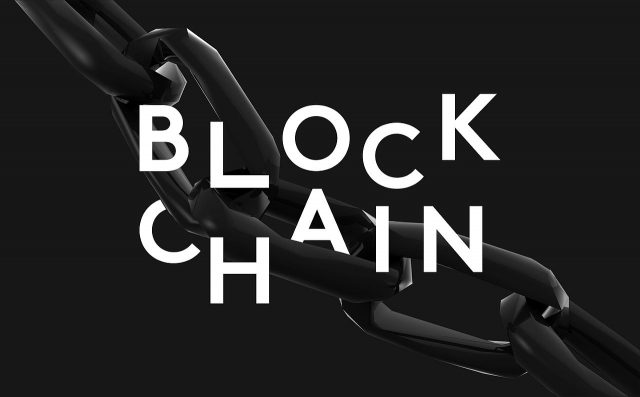 Vanshika Arora is a first-year B.A.LLB student at Army Institute of Law, Mohali. This article is a critical analysis of blockchain technology and its application in the legal sector.

Blockchain technology has been around for quite a while, primarily piquing the interest of the finance fraternity. Investing in blockchain (which is very often interchangeably used to refer to ‘bitcoin’ or ‘cryptocurrency’) to test one’s fortune has rather become common practice. However, this technology has the potential to erupt every industry in an unprecedented manner. Hence, the legal industry should also take full advantage of blockchain. Simply put the most obvious utility for the legal fraternity would be its immense capacity to store and validate information. But, there is more to its applicability, which this article attempts to enumerate.

What is Blockchain Technology

Although blockchain technology appeared nearly ten years ago with a white paper written by an anonymous person or group called Satoshi Nakamoto, only within the last two to three years has the technology been catching on like wildfire. In common parlance, blockchain is a database that stores information in the form of “blocks”, which are “chained” together, hence the name. While a normal computer database has physical existence, can only be accessed by the author, and has limited capacity, blockchain beats all odds and is a global technology database wherein multiple users can access it and make transactions, which will be recognized as a new ‘bloc’, and added to the existing ‘chain’. Moreover, the blockchain database has no entry limit to it, and can easily replace multiple computer systems for storage. Whenever a new transaction is recorded, it is transmitted to a peer review network of computers, spread across the globe, once the transaction is confirmed, it is formed into a block and added to an existing chain of transactions.

As mentioned before, blockchain has the ability to erupt useful in the legal sector, and the Global Legal Blockchain Consortium aims to adopt decentralisation in law. In 2017, PwC revealed that 70% of surveyed law firms would utilize smart contracts for transactional legal services.

Out of the analysis of total legal firms, 41% will use blockchain for transactional legal services, 21% for business support and 31% for providing high-value legal services.  The legal industry could easily cater to immutable databases through blockchain,that are also secure and transparent. These could be used to facilitate smart contracts, mergers & acquisitions etc.

Blockchain could make the legal sector more accessible by simplifying transactional work, using digital signatures and smart contracts. It could also make it more cost-effective, by lowering the legal fee. Moreover, it could make the industry more transparent, since blockchain would entertain an open, easily accessible open database (ledger), accessible to all parties at all times. It could also cut down on clerical work since blockchain would carry that out automatically, this cutting down of managerial work could lead to more cost-effective businesses. Most importantly, blockchain is bound to bring automation to the legal sector. Where today lawyers spend a major part of their time doing administrative tasks, having a prefabricated smart contract and other facilities, could cut down on labor.

The idea of integrating blockchain in the legal sector was also proposed by NITI Ayog, in its report called “Blockchain: The India Strategy Part I”

Blockchain can prove useful to the legal industry in the following manner:

The traditional forms of contracts are based on paper, require a lot of managerial and administrative work, and are also prone to human error. Smart contracts, on the other hand, would be available on the internet, at the disposal of artificial intelligence and biotechnology databases, hence making the work of a lawyer much easier. The following steps could perhaps, form the process of a smart contract:

This contract would be online, hence would also be accessible to the contracting parties.

Collecting evidence is perhaps the backbone of an investigation process. More so, keeping the evidence accessible at all times, can be a cumbersome task also prone to many mistakes. When in cases, some evidence is extensive, storing it could also be a problem. In case of a dispute that requires evidence to be stored for years, making it easily accessible could again be a problem. Hence storing the entire chain of custody online, over an immutable, transparent and secure platform is rather an easier option.

When a piece of evidence is collected from the crime scene, it can be directly uploaded as a block to a chain and can be accessed by forensics at the earliest. Lastly, evidence custodians can directly view the forensic results and evidence analysis through the established chain.

In 2017, the US Patent and Trademark Office (USPTO) received more than 440,000 new applications for the trademark. The annual report for the Fiscal Year 2017 also revealed that USPTO took approximately 16.3 months to complete patent average first action pendency (a period from the filing of an application to an initial office action) and 24.2 months to perform patent average total pendency (a period from the application filing to issued or abandoned patent).

Just like traditional contracts, IP filing is also cumbersome and may require a lot of managerial tasks. With blockchain technology, approval wait time can be reduced and required resources can be provided. This can also be done with a supposed series of simple steps:

In the case of a blockchain enabled litigation process, the plaintiff could first login to a blockchain based litigation app, furnish his personal information and his grievances. They could then look out for specialised attorneys on the app and contact them. The lawyer chosen by the plaintiff, would then file a case and inform the defendant of it , through an email or message. The defendant could undertake the same process and search for an attorney on the app. Since blockchain is immutable, no documents or contracts would stand a chance of manipulation. At last, a judge can access the time-stamped records of information and settle the disputes.

Through blockchain technology, every corporate record, and the transaction can be recorded easily, over an immutable, secure, and transparent platform. These records will be available as blocks forever and can be accessed at any time without the need for lawyers to do any managerial tasks.

John Mark Zeberkiewicz, a partner at the law firm Richards, Layton & Finger, said, “Think about what a corporation is—on some level, a corporation is its records. Ultimately, about every corporate document and transaction could be recorded on the blockchain, creating an immutable record of all corporate acts.”

According to a report of The Police Foundation, based in UK, blockchain could assist the heavy- paperwork system of criminal cases in the following manner:

Notarization is the process of genuineness of a document to ensure proper execution. Since blockchain technology uses timestamps and hashes to record transaction,it can make document notarization easier. Companies that provide notarization services can easily furnish proof of the existence of a document, through time stamps.

Land ownership documentation can be made easy with blockchain technology. It could help in transparency, updation and security of records for the brokers. The “Dubai Blockchain Strategy” aims to have all governmental property records on the blockchain by 2020. Way back in 2016, Cook County, Illinois launched a pilot program for transferring and tracking property titles on the blockchain and deployed it successfully in May 2017.

When any new innovation comes into execution, it is bound to create unique job opportunities. The application of blockchain in the legal industry could create jobs like ‘smart contract programmer/auditor’.

Commercial arbitration is a preferred choice because it is cost-effective, time-saving, and provides high confidentiality. Hence, with blockchain technology, ODR platforms could also provide secure cross-border and international dispute resolution. With recent examples of many jurisdictions adopting the model of blockchain ODR it will not be out of place to assume that the courts of the future may carry a better chance of providing cost-effective resolution to commercial disputes. Aragon Court recently adopted the said model where users can file issues or act as jurors. Initially, the Aragon Court is dealing with Proposal Agreements but the underlying technology can theoretically adjudicate any issue with two possible outcomes. Other platforms such as Jur, Kleros, Doges, and Oath are similar systems working under this model.

By integrating blockchain technology in the legal sector, lawyers will not have to do any mundane tasks, dependency on paper will decrease, collection of evidence could be easier and there would be a more secure and transparent platform.