PROPOSAL- THE FIRST REQUIREMENT OF A CONTRACT 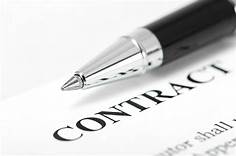 This article is written by Anurag Maharaj, he is from Bokaro, Jharkhand. He is a student of law at Lloyd Law School, Greater Noida. He has tried to define the word “Proposal” in this article and its real meaning under the law of contract.

It is important that one party should have slated its terms to the other party before reaching an agreement, and that the other should have approved those terms. Both these elements are present in a contract, i.e. proposal and approval, even though they are inferred, rather than articulated. The first requirement is a proposal, that is, Section 2(a), Contract Act 1872, a promise where one person demonstrates to another his willingness to do or abstain from doing something to obtain the other person’s consent to such act or abstinence, a proposal shall be made.

Difference between invitation to treat and proposal

A proposal must be distinguished from a pure declaration of intent that is not meant to require approval, the latter can be merely a statement of intention or an invitation to make an offer or to do business if it is not meant to be binding.

The difference between an offer and an invitation to treat depends on the person’s intention to make it the intention that the offeror should be bound no sooner signifies his assent. It needs nothing more than recognition to turn it into a pledge.

It constitutes a final declaration of readiness for such stated terms and conditions to fulfil an obligation leaving the option of acceptance or rejection to the offeror.

As long as one of the parties to the deal is free to withdraw from it at its discretion, there can be no binding or agreed arrangement between the parties despite having a material terms agreement.

A voluntary retirement plan offered by an employer is not a proposal, but the proposal to be approved by the employer is simply an invitation to consider the application made by the employees. (Bank of India v / s OP Swaranakar)

When an offer is made to the world at large and which could be embraced by everyone. For example – Rewarding a person who provides information about something very crucial. Although the deal is not concluded with the whole planet. The contract shall be concluded with the individual who comes forward and fulfils the proposal’s condition.

Illustration:-  Lal v. Charan Lal, a young man from his father’s horse ran away. The father sent out a poster, promising a reward to anyone who found the boy’s trace and took him home. The plaintiff found the boy, and the reward was claimed. The pamphlet was held to be an offer open to the entire world and worthy of being accepted by any individual, and the acceptor who fulfilled the condition was entitled to recompense.  [AIR 1925 A 539]

An offer can be made by words or through actions. An offer, made by spoken or written words, is called an express offer.

Illustrations:- A coolie on the railways holds a passenger’s luggage without being told to. In these circumstances, one can assume that he is carrying the luggage to earn some salaries. It’s an implicit bid.

Two parties can under some circumstances make a cross-offer. Both of them may make an equal bid. This means both make an identical offer at the same time. However, in any case, such a cross-bid won’t amount to accepting the deal.

Example:- Both A and B send letters to each other offering to sell and buy A’s Motorcycle for Rs 50,000. This is a cross offer, but it will not be considered as acceptable for either of them.

Illustrations:- A offered to sell his guitar to B for 10,000. This is a specific proposal which can be accepted by B only.

Essential elements of a valid proposal

1. Offer must be communicated to the offeree

Illustration:- In Powell v. Lee (1908 24 TLR 606) case the plaintiff Powell applied for a headmaster’s post and the School Board approved his application. Before the formal appointment, Powell had been informed by one of the board members of the decision which was later rescinded by the board. Powell had sued the school for contract violation. The court held that the acceptance was not conveyed by an individual approved by the school board and that no legal contract was signed.

2. The offer must be capable of creating a legal relation

A proposal will only bear fruit in a pledge by approval if it is such that it can fairly be considered as having been produced with a view to creating legal consequences A pure declaration of intention, hope or desire does not constitute a binding commitment, even if it is acted upon by the party to which it is produced.

Where there is no intention of entering into a binding contract or where there are no legal implications envisaged, approval of the agreement does not produce a commitment.

(A). A offers to sell his Phone to B for Rs. 2000 and B to buy it at the same price, then there is agreement because the parties wish to create legal relationships here.

(B).But if B is invited to a party by A and B  accepts. This establishes no formal partnerships and there is no agreement because there is no legal relationship.

3. Offer must be distinguished from an invitation to offer

If a person communicates something to another person, it is known as an invitation to bid, to encourage him to make an offer. The purpose of the offer’s invitation is to accept people’s offers and negotiate the terms on which the contract will be produced. The person who responds to it makes offers on the invitation.

4. Proposal must be certain and definite

In order to constitute a legitimate proposal, it is necessary to describe adequately “the terms of the undertaking of the proponent, so that it can be ascertained what the proponent has agreed. A pledge, too abstract to be understood in terms of it, is too abstract to be enforceable. The proposal must specify, with the same degree of certainty, the act or obligation to be given to the proposer by the person to whom the proposal is made in the exchange-A proposal must, with a reasonable degree of certainty, specify the necessary conditions of success on both sides so as to be enforceable.

Illustration:- A has two cars. He offers B to sell at Rs 10,00,000 for one car. B can not implement the deal since that which car A wanted to sell is not clear.

5. There should be no negative terms in the proposal

Proposal does not contain a term in which failure to comply will lead to acceptance. Therefore the offer does not contain a phrase such as “if the acceptance is not conveyed until next Sunday, the offer will be considered as accepted.” An offeror can not guarantee that the offer will be considered to have been accepted if the acceptance is not announced until a certain date. If the offeror refuses to respond, there is no contract because he can not be held to any duty to respond.

Illustration:-  A writes to B “I’ll give you my watch for Rs.100. I’ll presume you’ve accepted the offer if I don’t receive a reply. If B does not respond there will be no contract.

6. An offer must not pressurise or put any kind of burden of acceptance on the offeree

The offeree must be free and should not be forced for acceptance. In that case, the proposal will be invalid.

7. The offeror should have the intention to obtain the consent of the offeree

The offer should be in such a way that the offeror must have the intention to get the consent of the offeree.

Example:- One cannot say that If u want to buy my watch for Rs 500 then buy it or get lost. This is an invalid proposal.

8. Mere intention is not enough

A declaration of intent made during a discussion does not constitute a bid, even though the party to whom it is made has acted upon it.

Example:- A man has announced that he will pay Rs 50,000 to a man who is marrying his daughter. The plaintiff married the daughter of the defendant, with the consent of the plaintiff. The defendant later declined to donate money. The court held that this was a pure puff and not to be taken seriously in fact as the words had been spoken to his daughter’s entire suitors.

The usual and important way of deciding if the parties have come to an agreement is to ask if an offer was made by one party. And whether it contains all the elements for a proposal to be valid such as if it bears a contractual meaning and is capable of establishing legal relations or not; whether it is absolute and definite; Whether its object is to obtain the consent of the other or is merely an expression of the intention to offer; and, above all, whether it has been properly communicated; whether it is a full and legitimate offer in every aspect; whether the offeror has the intention to obtain the consent of the offeree; whether the proposal is communicated properly or not.

2020-05-04
Previous Post: ALL YOU NEED TO KNOW ABOUT THE GENERAL DEFENCES UNDER IPC
Next Post: GNLU Call for papers