DISTRIBUTION OF POWERS BETWEEN CENTRE AND STATE 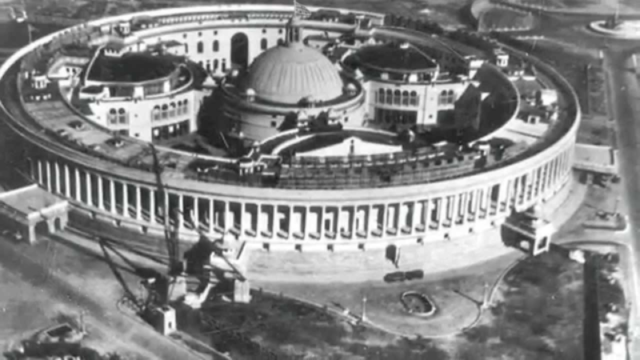 The aim of the article is to analyse the various powers of the states and the union to minimise the ambiguities being faced when both of them are practised simultaneously. The landmark problems related to misuse of the power has been briefly discussed providing a nutshell solution to the above problem.

Federation is a system of government which seeks to reconcile national unity with local autonomy.

Analyzing the constitution makes it evident that the central powers are more dominant over the state powers as stated. But the actual concern is that some of the power of states have been acquired by the Centre and has led to an irregularity in the trend as stated in the constitution. Therefore, it is crucial to reconsider the provisions regarding the same in our legal system.

THE DOMINANT POWER OF CENTRAL

Following the pattern of Government of India Act,1935 for distribution of the powers, dominance has been given to union parliament over the state legislatures.

In the case of Republic of Italy Vs Union of India[i], the ambiguity in the authority of powers between the state and the union is clearly evident. The issue revolves around whether the jurisdiction to prosecute the Italian convicts rests with the Kerala govt. or the Central govt. In accordance with the Maritime Zone Act, there is a provision that the central govt. has powers to prosecute the convicts found in contiguous zones of the sea water by setting up a special court for the purpose. In spite of such clear stated rules and regulations in the various special acts and the standard laws, Kerala Govt intervened in the prosecution process which led to a rigorous proceedings schedule taking up years to reach to a final conclusion. The ambiguities that got created while dealing with the constitution and IPC in accordance with the special laws are natural but should be minimized to improve the justice delivery system. Every case sets a precedent for the suitable implementation of laws in the future.

According to Art. 246 of the constitution, the parliament has exclusive power to make laws for any territory of the country including all states with respect to all the items contained in 3 lists. If the two different states have two different legislatures regarding a particular thing, then they cannot be read either in conjunction or in comparison to determine whether they are discriminatory or not as held in the case of State of MP V. GC Mandawar[ii].

There has to be some overlapping between the items mentioned in the 3 lists to remove the ambiguity of determining the sphere of government (union or state) they lie in.

Plenary power of the legislature– This allows the legislature with absolute power to enact laws subject only to its legislative competence and other constitutional limitations. The absolute power to make amendments to the future as well as the past acts, removing the effectiveness of any current or previous law lies within the parliament. The limitation to this lies with the impugned laws passed by the state legislature which the parliament cannot even validate.

Some subjects intended to be in state jurisdiction are held with central powers such as industries, universities, inter-state and rivers.  Further, the power to legislate any subject not mentioned in any of the lists lies with the union within the ambit of Art. 248 of the constitution. Under any of the emergencies, it is the union who has the full authority to practice the powers of the state legislatures over the whole territory to make the laws abiding by the orders of the president. Two or more states can collectively come and make common laws for themselves after being approved by the state legislatures as well as the parliament. The power to amend such law still rests with the parliament in the future.

The parliament has the absolute power to make any law, convention or a treaty for the whole country, but it has to be in constitutional limits i.e. not violating any of the fundamental rights of its citizens according to Art.253 of the constitution.

Parliament has the absolute authority over the union territories where this distribution of legislative powers does not apply.

Conclusively, the central government has the power to make laws for the whole country related to every subject except those mentioned in the Art.264(4) i.e. state list. Further in exceptional cases of emergencies, this power within the hands of central becomes absolute covering the state list subjects as well.  Indian Constitution has unitary skin and behaves as one at time of disaster.

The crucial and a complex ingredient in the centre-state relation is the role of the governor. According to Art.155 of the constitution, the governor is appointed by the president in confirmation with the various cabinet ministers. The controversy is within the procedure of this selection which is not followed in the actual sense.

Dr. B.R. Ambedkar introduced the parliamentary system both for the Centre as well as the states. In accordance with parliamentary democracy, the Governor is ordinarily a constitutional head acting on the advice of the Council of Ministers elected mainly by the president. At the same time, the constitution visualizes situations where he is to act in his discretion and not, on the advice of the Council of Ministers. Moreover, what is his discretionary field of activities is also left to the governor’s discretion. The powers of the governor are mentioned in Art. 356 of the constitution.

In the landmark case of S.R.Bommai Vs. Union of India,[iii] the Court observed that the decision of the President to impose President’s rule in fact is a decision of the centre which comes to the President in the form of advice. Further, the advice can be questioned and thus the imposition of the rule can be reviewed by the judiciary. Since this case, the attitude of the ruling party has greatly changed showing a good remark regarding centre-state relations. In 2001, it was finally agreed that while appointing the Governor, the parliament will consider the views and wishes of the concerned state government.

Our country has witnessed the misuse of the powers of the governor violating the Art.356 quite a no. of times in the country’s past. The most famous case of Indira Gandhi[iv] was witnessed in 1977.

Mrs. Indira Gandhi got removed from the power by a negative vote against Congress in 1977 and was put behind the bars. It came to limelight when the Janata experiment in Delhi failed due to intra-party and inter-party feuds. Political ambitions of some leaders prevented the government from losing credibility and another mid-term poll was imposed on the nation in January 1980. Indira Gandhi was back in power by 1980 after a positive vote.

The way in which Indira Gandhi ruled at that time was an act of political vengeance. The Janata Party developed a new political thesis after coming to power. Immediately after Lok Sabha elections, the new ruling party thought of dissolving the state assemblies of nine states from where the Janata Party returned to Lok Sabha with a throbbing majority. Keeping in view these aims and objectives, the Union Home Minister Mr. Charan Singh ordered the Chief Ministers of nine states to resign from their government to facilitate a fresh election for the State Assemblies. As the Congress CMs of these states refused to comply with the advice of the central. So, the union government unilaterally dissolved the State Assemblies and imposed President’s rule in nine states abruptly, namely Bihar, Haryana, Himachal Pradesh, Madhya Pradesh, Orissa, Punjab, Rajasthan, Uttar Pradesh, and West Bengal.

In 1980, Mrs. Indira Gandhi returning to the power, and a  retaliatory action seeking the same guidelines led to the dissolution of nine State Assemblies – Gujarat, Haryana, Madhya Pradesh, Maharashtra, Orissa, Punjab, Rajasthan, Tamil Nadu and Uttar Pradesh- where Janata Party or its associates failed badly in the election.

In the case of other dissolutions and imposition under the president, the same vexed issues of political defection, leadership crisis, factionalism and breaking up of political understanding came up for action. The mass dissolutions thus became eye-raising issues which the constitution had never suggested.

The states are highly dependent on the union for the resources due to the restriction in the taxation sector. The dependency of the states “upon the union for allocation of funds from and out of the taxes collected by it” makes the union dominative. Though there is little control of the union over the financial resources earmarked by the constitution for the states, yet, the union is always in a position to bear indirect pressure upon the States. The union being authoritative can always persuade the state to take its advice.

Above all, the way the central leadership treats the states while giving funds is often a source of reaction from the states creating inter-relation problems.

It is regarded as the most serious constraint upon their autonomy. The states ruled by coalition parties in power at the centre often complaints of discretionary and step-motherly treatment in matters of funds allocation and grants-in-aid giving. In the past, many of the leaders of regional and local parties, as well as the leaders of CPI (M), BSP had voiced against the discriminatory treatment towards their ruled states by the Congress at the centre power. The use of the superior financial power of the centre for partisan ends by the party in power remains a perpetual complaint of the state governments all over the country.

All the above discussed have been the major issues and dilemmatic areas in the Union-State relations. These have led Indian federation, develop conflictual and confrontational character. The objective of cooperative federalism as proposed by Dr. B.R. Ambedkar had suffered a setback in the face of Centre-State conflict over the above-mentioned issues and areas. While there are some subjects in the demands of the states, one cannot ignore irresponsible behaviour on the part of some states which are mostly ruled by regional parties. Likewise, the instances of political and partisan use of constitutional provisions of the central leadership must not be overlooked. Both the union and states must accept cooperative federalism and ingrain a spirit of mutual accommodation on matters of national and regional importance.

Journey Through a Criminal Case
Incorporation of Company- How and Why?
Understanding victim’s right in light of social justice

2020-05-10
Previous Post: HINDU MARRIAGE: IS IT SACRAMENT OR A CIVIL CONTRACT?
Next Post: Incorporation of Company- How and Why?