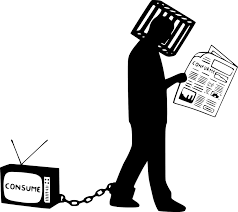 Consumer protection is a policy which provides protection to the buyers of goods and services and protects them against unfair trade practices in the marketplace. It also averts businesses from adopting unfair methods such as fraud to mislead consumers. It is the result of an idea of consumer rights. Every consumer has the right to adequate information about goods and services they are purchasing which can be enforced through right to information.[i] Now the question arises, what is adequate information? It was defined by the honourable Supreme Court in case of Samira khan V. Dr Prabha Manchanda as an information which enables the patient (consumer in general) to make a balanced judgement as to whether she should purchase a particular good or hire a particular service or not.[ii]

A consumer is a person who buys any goods or hires any services by paying something in consideration of that. So, relying on this general definition of consumer, it becomes clear that things given out of love, received in gift or without any payment will not arise any consumer right. Section 2(7) of Consumer protection act 2019 defines consumer as a person who buys any goods or avails a service for a consideration.  It does not include a person who obtains a good for resale or a good or service for commercial purpose.  It covers transactions through all modes including offline, and online through electronic means, teleshopping, multi-level marketing or direct selling.

Modern consumer protection legislation can be traced back to 1860 with the enactment of the Indian Penal Code. There are many statutes which deal with consumer protection laws in India, the principle being the newly enacted Consumer Protection Act, 2019. Other than CP act, consumer rights and protection to them is provided under Indian Penal Code 1860, The Indian Contract Act 1872, The Sales of Goods Act 1930, The Agriculture Produce Act 1937, Drugs and Cosmetics  Act 1940, Certification Marks Act 1952, Essential Commodities Act 1955, etc.

A contract is anything which is agreed between/among parties to contract and enforceable by the laws of the land. It is only binding on the parties to contract. In India contract regulations mainly dealt under Indian Contract Act, 1872 which under its section 27 declared agreement in restraint of trade as void. Hence, it serves consumer interest by promoting competition in the market and protects them from monopolistic market risks. In case of breach of a contact section 73 of the act has provision for compensation for loss or damage caused by such breach.

The Constitution of India

Although the Indian Constitution doesn’t specifically provide for any specific provision, there are few articles which are very important for protecting the rights of consumers. Article 21 of the constitution guarantees every person has the right to live with dignity, free from all kinds of exploitation which means market exploitations will also fall under article 21. Directive Principles are not enforceable in court but they serve as goals and guidelines for the government. Article 47 of the constitution which is part of DPSP requires the state to take steps to prohibit the consumption of intoxicating drinks or drugs which are injurious to health.

This act was enacted by the parliament of India with the following aims and objectives:

[i]  The Right to Information is a fundamental right under Article 19 (1) of the Indian Constitution.

2020-05-05
Previous Post: SECTION 354- OUTRAGING MODESTY OF A WOMAN
Next Post: Virtual Dialogue Session by BCI of Punjab and Haryana