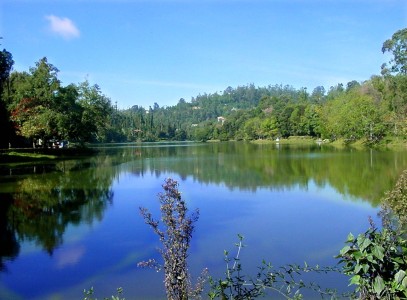 This article is written by Asamanja Chattopadhyay, pursuing my B.A L.L.B course from Shyambazar Law College affiliated under University of Calcutta.

What is Corporate Environmental Responsibility?

India has a history of being compassionate towards the purity and power of the environment. The world was a part of global industrialization and opening up of the markets. The Indian companies were slowly introduced to the concept of CSR and also the concept of Corporate Environmental Liability.

Several enactments were made by the government in order to tackle the degradation of environment and they have been severely implemented over the recent times. The Indian Constitution too recognizes “Right to Healthy Environment” as a fundamental right under Article 21 as has been interpreted by the Supreme Court in Charan Lal Shahu case[2] , in the case of Subhash Kumar[3] and also which was further reaffirmed in M.C Mehta v. Union of India[4].

On the other hand the 42nd Amendment to the Constitution has imposed a duty on the State and its citizens to protect and improve the environment by adding article 48A to the Directive Principles of State Policy and Article 51 A(g) as Fundamental duty. These insertions to the constitutions acted as a boost towards environmental jurisprudence in the country. Further the Companies Act, 2013 also introduced the idea of CSR laid down in Schedule VIII of the act which lists out CSR activities.

The eighties played a major judicial role in reaching new heights of jurisprudence especially in environmental protection. The verdict in Municipal Council, Ratlam v. Vardhichand[5]  is considered to be a landmark case in that regard. The residents of the municipality were suffering from a long time from the smell coming out of the open drains. The Apex court identified the responsibilities of the local bodies towards the protection of the environment; also it developed the law of public nuisance in the Code of Criminal Procedure (CrPC)[6] as a proper instrument for performance of their duties.

In Vijay Singh Punia v. State of Rajasthan[7], 15% of the turnover of the dyeing and printing industries was imposed as damages for causing water pollution.

One of the worst Industrial disasters which India suffered was the Bhopal Gas leak incident[8] in the year 1984. The event occurred 2 years before the Apex court evolved the rule of Absolute liability.

In M.C Mehta v. Union of India[9] in the year 1987, Justice P.N Bhagwati laid down the doctrine of absolute liability for the harm caused by the hazardous and inherently dangerous industry by interpreting the scope of Article 32 to issue directions and orders in the respective manner.

Indian Council for Enviro-Legal Action v. Union of India[10] , tells us a tragic story of the village Bicchri in Rajasthan. The pure environment of the village became highly polluted by the sludge emanating from the industries situated in vicinity. The Apex court directed the Central Government to determine and recover the cost of remedial measures from the respondents. Section 3 of the Environment protection Act empowers the Central Government (or to delegate as the case maybe) to take all such measures as it deems fit for protecting and improving the quality of environment.

The “Polluter pays principle” and the precautionary principle were accepted as a part of the legal system in the Sludge case and also in the Vellore Citizens Welfare Forum case[11].

In Mohd. Hazi Rafeeq v. State of Uttaranchal, the Uttaranchal High Court referred to Article 48 and 51A (g) in order to stress the duty of the state to preserve and protect forest even at the cost of business interest.

In Uttar Pradesh Pollution Control Board v. Mohan Meakins Ltd.[12], the matter was related to the release of trade wastage or effluents by an industrial unit in the river Gomti. The Directors of the company were accused under section 43 of the Water (Prevention and Control of Pollution) Act, 1974. The Supreme Court held that lapse of a long period of time cannot be considered as a condition to absolve the directors from the trial.

The growth of environmental law and a desire in the global forum to save the environment has led the corporate sectors to live up or strictly follow the regulations and legislations laid down by the government in order to have a pure and clean environment. However while preserving and protecting the environment, industrialisation is also needed at the same time. Thus it is the need of the hour for both the government and corporate sector to maintain the importance of both- industrialisation and environment protection.

[6] Section 133 of CrPC which states of Conditional Order for Removal of Nuisance.