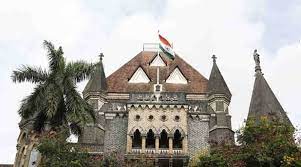 The Trial Court has no Authority to Question High Court Order: Bombay HC Pulls up the Trial Court for not Releasing Accused on Bail Despite HC Order

Justice Sarang Kotwal had recently granted bail to the applicant Gulfasha Sheikh on June 18 2021 after the court noted that she had been in jail since November with her 10-month-old child. Despite the directions from Justice Kotwal. The Advocate of applicant Aniket Vagal approached Justice for an urgent hearing after the trial court refused to accept the bail due to which the applicant was not released.

The advocate of applicant Aniket Vagal submitted that the trial court refused to grant bail to the applicant. As the High Court refused to record section 302 of the Indian penal code which was one of the charges of the applicant. Justice termed this as a serious breach of the order. He also said that the trial court should follow the orders given by High Courts and Supreme Court.

He also added that the trial court refused to grant bail to the applicant affected the valuable right of getting bail at the earliest and the applicant also suffered in jail for more period than it was necessary when she has a 10-month-old child with her.

Sec 11 of the Arbitration Act to include the aspect of validity of arbitration agreement in its expr...
Allegation on Prime Minister Narendra Modi for Contempt of Court
Distribution of Essential Supplies and Services During Pandemic
2021-07-07
Previous Post: Problems and Miseries of Migrant Labourer
Next Post: Madras High Court Orders Police Protection for LGBTQIA for Facing Threats, Harassment from Family