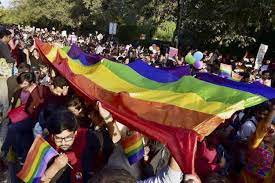 The Madras High Court recently issued the directions for a grant of police protection to a woman who was facing threats and harassment from her family when her family came to know that she was belonging to the LGBTQIA community.

Justice Nirmal Kumar also pointed that the High Court had already issued directions to ensure the protection of LGBTQIA persons. The court order the police to ensure appropriate protection to the community and ensure that no one will harass the community.

The petitioner informed the court that she had received threats from her family when they found out she was belonging to the LGBTQIA community. At the age of 17, she was stopped from pursuing her further studies and married forcibly. Further, she was abused by her family physically and mentally and even remarking that they would not have a daughter at all.

Further, the woman left home and stayed with her husband but the family forcibly tried to separate them by using false FIR. And further, the petition was moved to the high court on rising threats from her family. The court ordered them to grant her police protection.

A bench of Justice Anand Venkatesh recently passed a judgment with guidelines and various branches of the state including police and judiciary to overcome against the LGBTQIA community. Further said that changes in curricula of schools and universities to educate on an understanding of the community.

MHA Issues Advisory To States On Women Safety .
Plea Filed Before the Supreme Court Concerning Violation of Article 14 of the Indian Constitution
The NLU Consortium approaches the Supreme Court appealing against the decision of the BCI to scrap t...

2021-07-07
Previous Post: The Trial Court has no Authority to Question High Court Order: Bombay HC Pulls up the Trial Court for not Releasing Accused on Bail Despite HC Order
Next Post: Rise of White Collar Crime in India: Warning?