The Hon’ble High Court of Delhi Adjourns the Plea of Gulfisha Fatima, Involved in the Delhi Riots, Seeking Relief from Judicial Custody 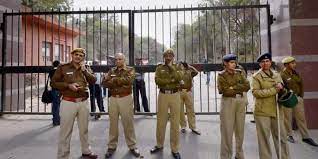 On Friday, a hearing on plea on habeas corpus filed by Gulfisha Fatima, an accused of offences under UAPA, was adjourned which sought release from Judicial custody by Delhi HC. It was adjourned by a division bench of Justices Naveen Chawla and Asha Menon. It is adjourned to July 5, instead of the court being burdened with heavy load and lack of time for the said plea. The plea will be looked into by the roster bench after vacation.

Fatima was charged under various sections of UAPA for being involved in the riots that happened in North East Delhi from 22.02.2020 to 26.02.2020. She is also accused that she was part of a larger conspiracy behind inciting the Northeast Delhi Riots that took place in February 2020. Fatima also involved Natasha Narwa, Devangana Kalita, and Asif Iqbal who were released from Tihar jail on Thursday by the bail order by Delhi HC on 15 June’20. They are allegedly the masterminds of the conspiracy of the North-East Delhi violence in Feb2020, they are accused of wanting to disturb law and order to National Capital as a reaction to the Citizenship Amendment Act enacted last year.

The Supreme Court of Friday issued a notice in an appeal filed by Delhi Police which challenged the verdict of HC. It said that the impugned judgment shall not be relied on as a precedent by any of the parties before any court. “It is clarified that release of the respondents (Asif Iqbal Tanha, Devangana Kalita & Natasha Narwal) at this stage not interfered with,” it added.

No Winter Session for the Parliament- Another Covid 19 Crisis? [Concise Analysis]
MHA Issues Advisory To States On Women Safety .
Lakshadweep Administration's Notice is put on Stay by Kerala High Court
2021-06-25
Previous Post: HC: Private Institutions/Authorities Discharging the Public Duty to be Thought of ‘State’ Underneath Article 12 of the Constitution
Next Post: The Hon’ble Supreme Court denies any sort of Relief to Actress Munmun Dutta over her Abrupt Remarks on the Scheduled Caste Community