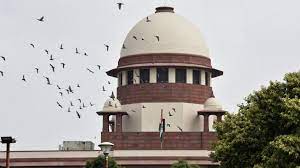 On 28th May, the Supreme Court of India maintained the Trial Court and the High Court’s order and dismissed the appeal of the appellants in the impugned judgment of 28th May 2021. A bench of CJI NV Ramana and Justice Aniruddha Bose found the appellant guilty under Section 304 B but stated that Section 306 could not be proved.

Contentions of the Appellants

The legal counsel of the appellants approached the Supreme Court and submitted that the possibility of accidental fire has not been ruled out in the case. The prosecution has failed to prove that there was a demand for dowry. The protection has failed to prove that the demand for dowry if there was one, was made before the death of the deceased victim.

Contentions of the Respondents

The legal counsel of the state submitted that there was no additional material that the appellants showed which would merit the interference of the Supreme Court in the concurrent findings of the courts below. Emphasized upon the fact that the death of the deceased occurred within almost a year of marriage. Witnesses have consistently stated specific instances of the demand for dowry.

The Decision of The Supreme Court

The two issues at hand which required the perusal of the Supreme Court were:

The court stated that since the death of the victim was due to burn injuries and was within 7 years of marriage, it satisfies the first two ingredients of the offence punishable under Section 304B, IPC. The aforementioned witnesses were also found consistent and reliable and on that basis, it was held that the deceased was subjected to cruelty soon before her death.
A perusal of the provisions under Section 306 indicates that presumptions shall be attracted only if the fact of suicide has been established. The prosecution must also prove that the accused has played an active role in the commission of suicide. This being said, the court further stated that there was insufficient evidence to prove the factum of suicide beyond doubt.

Bangalore Pastry Shop restrained from using “Facebook” Trademark: Delhi High Court
Duty of State to Act Against Misuse of Social Media and police must investigate without any delay: O...
THE PROSECUTION NEEDS TO PROVE THE CASE BEYOND REASONABLE DOUBT IN THE CASE OF MURDER: SUPREME COURT
2021-06-16
Previous Post: The Hon’ble High Court of Allahabad Dismisses the Pre-Arrest Bail Application of Azam Khan
Next Post: Supreme Court Decided to hear the Petition Seeking CBI Probe into the Murder of two BJP Activists in West Bengal