Rights Granted or Still Denied: No Provision For Enrollment Of Trans-Genders in NCC Cadets 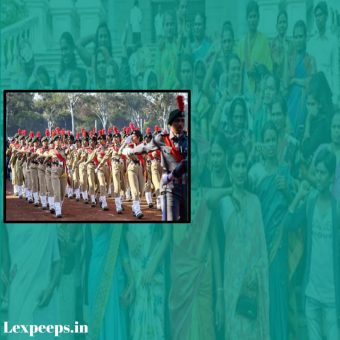 Hina-Haneefa, a trans-woman files an affidavit in the Kerela High court, raising her voice against  Section 6 of the National Cadet Corps (NCC) 1948 Act which allows only males and females to enrol with the Corps.

WHAT IS CONTENTIOUS IN SECTION 6 OF NCC ACT?

This acts provides for the composition of a National Cadet Corps, which comes under the Ministry of Defence.

Section 6 of the same lays out the enrolment criteria which are as follows:

(2) Any student of the female sex of any University or school may offer herself for enrolment as a cadet in the Girls Division: Provided that in the latter case she is of the prescribed age or over

Pertinently,  the act talks about the enrolment of only boys and girls, what is not to be ignored is the fact that this act came into existence in 1948, and the awareness regarding trans-genders identification as the third-gender and their rights came in somewhat later years, In the latest judgement, Navtej Singh Johar v. Union of India section 377 was classified as unconstitutional.

She challenged NCC’s exclusion of transgender people from its programme in the college as she wanted to join NCC.

THE SUBMISSIONS MADE IN RESPONSE

Kochi: In their submissions, The National Cadet Corps (NCC) informed the Kerala High Court that due to lack of any provision the transgender people cannot be allowed into NCC.

As per the existing policy, The divisions created in NCC as of now were only for girls and boys cadets, the NCC said.

The Central government told the Kerala High Court that

In fact, before creating a new division for the third gender, the Central Government has to conduct a major exercise in terms of reviewing infrastructure facilities, modules and facilities that are binding to such divisions. Any induction of a candidate not from male or female gender without due deliberations by the authorities would have far-reaching ramifications. The issue of raising a new division is a policy decision.

In their submissions, they pointed out that Hina has registered herself as a trans-woman in the college and she can’t apply for the post of NCC cadet in the capacity of a female.

It was highlighted that one of the primary aims of NCC was to groom cadets for a future with the Armed forces whereas, there is no provision existing for the entry of transgender people (female/male) in the Indian Armed Forces.

In one of the prior hearings of the matter, the Kerala High Court rebuked the Central Government for failing to formulate a policy to enrol trans persons with the corps. It had commented that the world has developed and the government cannot afford to remain in the 19th century.

“Justice Devan Ramachandran, who was hearing the plea, had commented “Certainly there are three genders, male, female, and transgender. In this case the lady, the petitioner herein, has decided to assign to herself her gender as a woman and she has gone through surgery also. Nothing stops you from admitting her even under the NCC Act as a woman”

Isn’t it the government’s responsibility to protect the rights of the minorities be it trans-genders, religious or minorities in any other capacity, Judiciary has always come forward to play its role?

2020-12-16
Previous Post: Madras High Court Sets Aside Order by the District Court Against Lawyer using Unparliamentary Words During Court Proceedings
Next Post: Duty of State to Act Against Misuse of Social Media and police must investigate without any delay: Orissa High Court