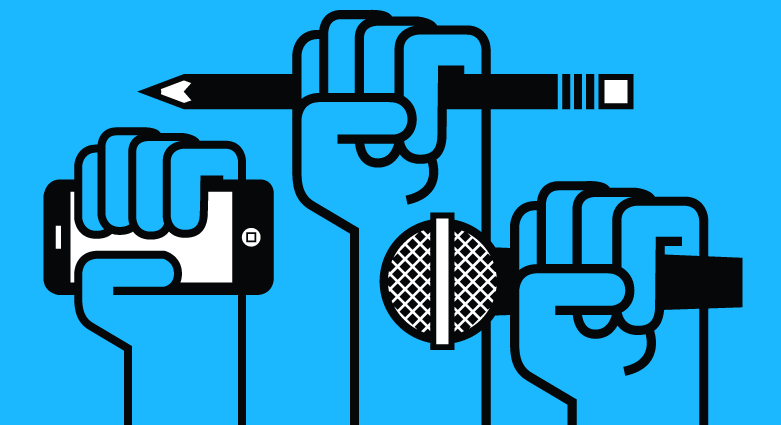 Does Freedom of Press Need Regulation?

‘Freedom of Press’ finds its origin in Article 19 of the Indian Constitution. It is derived from the freedom of speech and expression mentioned in the same article. ‘Freedom of Press’ is literally for the people who are responsible for providing information around the globe to citizens without any discrepancy. All institutions that are responsible for gathering and transferring news to the general public comes under the definition of the press. A free press plays a vital role in a democratic country like India and helps in sharing ideas, opinions, and comments, about the issues that involve the interest of the general public.

The invention of new technology of printing media enhanced the opportunities for people to know the happenings around them and in Raja Ram Mohan Roy’s words “looking for truth through the light of discussion”. In India the first newspaper was founded in 1780, Hickey’s Bengal Gazette, thereafter in 1822 India’s first Persian newspaper was published—Mirat-Ul-Akbar. The newspaper was written in Persian as it was known in courts of law and can reach the policymakers of the country.

In India, at the time of British rule, censorship of the newspaper was introduced.

Licensing Regulation, 1823 requires a license for the press.

Licensing Act, 1857 imposed many restrictions on the publication of any printed material.

Vernacular Press Act 1878 was enacted to prevent press freedom so that policies framed by Britishers do not face public criticism.

Indian Press Act, of 1910 was framed to censor all kinds of print media.

There is no separate article that provides for freedom to press separately. It is covered under Article 19 of the Indian constitution stating the right to speech and expression. Under this article, people are free to express their opinions, suggestions, and ideas regarding the issues of general importance obviously subjected to certain restrictions.

Indian Express Newspaper  v. Union of India [1]  it was held that the mention of the term ‘freedom’ in the article means free from the interference of any government authority in the circulation of the newspaper. The purpose of the press is to provide information to the general public based on facts and create opinions in minds of the general public so that they can take part in decision-making.

In Ajai Goswami v. Union of India [2], a petition was made before the court to Request the issue of guidelines by the government regarding the publishing of sexually exploiting material in newspapers whether obscene or not. The court rejected the petition on the ground that the content published must be based on the nature of an ordinary man, not on a hypersensitive or ordinary person for that matter. Ban can’t be done solely based on the sensitivity of someone.

The imposition of censorship prior to its publication can’t be done as held in Brij Bhushan v. State of Delhi [3]. Prohibition on the publication of views and opinions in newspapers violates the right to speech and expression.

The government of Madras exercising its power under Section 9 1-A of the Maintenance of Public Order, 1949 issued an order prohibiting the circulation of journals in that state. The state’s action was challenged in Romesh Thapper v. State of Madras [4] court held that freedom of speech and expression comes with the freedom to propagate ideas and banning a circulation is necessary to ensure the liberty of sharing ideas.

In 1962 government passed a Newsprint Control Order that fixed the maximum number of pages that could be published was challenged in Bennet Coleman and Co. V. Union of India [5] claimed that it violated Article 14 and Article 19 of the Indian constitution. Court held that freedom of the press is both qualitative circulation and quantitative- content. Increasing the circulation by reducing the content is not justified.

The press has the right to criticize government actions but cannot persuade the general public against the government which could lead to riots. In the case of Sahara India Real Estate Corporation LTD v. SEBI [6]  was held that it was the right of the media to report the proceedings of the case and must submit faithful reports. Article 361 of the Indian constitution provides for the publishing of reports of parliamentary proceedings.

Indian Press ranked 150th out of 180 member countries of the World Freedom Press Index in the year 2022. The data is taken for ensuring the level of freedom the press enjoys. The violence that happens against the press should be the main concern of the Indian government. It was also claimed that the media is dominated by powerful leaders around the country. All these claims got justified as last year’s rank of 142 falls to 150.

The press helps in the exchange of ideas around the world. It helps in enlightening people about the events which happen but are just ignored as a minimal thing. It creates awareness among people and allows the general public to voice their opinions and suggestions. It’s like a pillar of democracy that works alongside the organs of the government. If anyone or any public body violates the right of the general public by being in an upper position, the press can help by acting as a medium that protects poor people from the hands of corrupt officials.

As per the data, India is one of the largest markets for newspapers over 240 million copies are produced each day. It gives a gist of citizens about political, social, and economic development in the country and the outside world.

Indian media was criticized for its control by popular and powerful people. In 2015, when Nepal face nature’s wrath INS the form of an earthquake that decimated parts of the country, a slogan was raised ‘Go Home Indian Media’ despite the Indian government’s help to victims of the earthquake. Delhi CM Arvind Kejriwal advised having a public trial for Indian media. Arun Jaitley, the late cabinet member stated that despite there being thousands of channels, there was still an inadequacy of facts.

At present date, Freedom of Press is governed by the Press Council Act,1978. This act provides for the creation of a body that consists of 28 members that have the power to censure the content written by journalists, ensure their independence, fostering a sense of responsibility among citizens. However, the Press Council of India seems to lack the authority to penalize the violators, it is just like while writing news one should keep a check pf these guidelines but if not followed you can’t take any action against them.

The press has surely gained popularity with the advancement of technology. But still, the press often overlooks the thin line of difference between authenticity and inaccuracy of facts. This only results in the downfall of the media. Freedom without restriction leads to inaccuracy, credibility, of situation. Restrictions such as

To reduce the problem of inaccuracy— there is felt a need for external regulations.

Media trial is facts of the case designed by the press and presented to the general public to seek their opinions on the said matter. It is not prohibited in India, it influences the views of people on the case. In Jessica Lal’s murder case a female bartender refused to serve liquor as the bar was closed but she was shot dead in New Delhi. Many people have suspected this case went through a media trial.

The recent case of the death of famous actor Sushant Singh Rajput in his apartment was tried by the media whereas the High Court of Bombay held that a trial by media influences the media leads to delay in justice.

This may lead to criminal contempt of court by any resource that may reduce the power of courts over the matter and may interfere in proceedings.

Though Freedom of Press is not literally mentioned in the Indian Constitution its traces can be found. We are free to share our ideas, opinions, and suggestions, with each other. But every right comes with responsibility, protecting sovereignty and integrity of the state, must not say, write anything that may trigger violence in society, must not act indecently, or do something that may harm the relationship between India and foreign countries. Anything without restriction could cause chaos in society. Freedom to Press must be given but the government must keep a check on the freedom given so that press may not oversteps its boundary.

This article is written by Simran Gulia a BA LLB student from Maharaja Agrasen Institute of Management Studies.