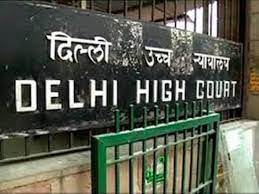 Rashid Zafar, a prisoner undergoing trial, was arrested in 2018 for allegedly being a member of the terrorist organization named Islamic State Of Iraq and Syria (ISIS). He was alleged to be involved in planning serial blasts, suicide bombings, and political assassinations in Delhi and other areas around the country.

Zafar approached a Delhi Court on Wednesday, claiming that he was beaten by the other inmates inside the Tihar jail and was forced to chant ‘Jai Shri Ram’. The inmate’s legal team claims to have a video in their possession, in which the alleged ISIS member is narrating the whole incident. In the video, he says that he was beaten badly by a few inmates and a sipahi and that they assaulted him because of his background. Advocate M S Khan, Zafar’s lawyer, also confirmed the existence of this video and moved before the court with a plea requesting the Jail Superintendent to look into the matter.

Tihar Jail’s administration countered these allegations and stated that he inflicted these injuries on himself. However, they further stated that they have recovered the phone from Zafar’s possession and have ordered an inquiry into the whole matter.

A petition filed by the inmate’s counsel alleged that Zafar was forced to chant religious slogans of another religion by the other inmates in the cell.
According to the plea, the incident was disclosed by the accused to his father on phone from the jail itself.