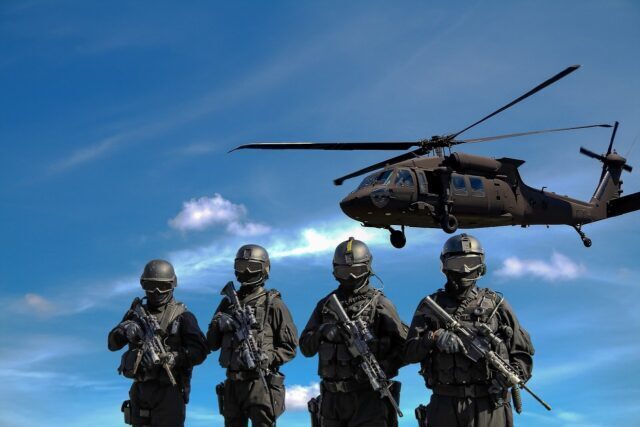 “We know that in conflict, there is the only outcome that is A Victory.”

The Military1 which is commonly known as The Armed Forces protects a country from its enemies. Having a strong-armed force is very important for any nation-state. It ensures our internal peace, gives security from external threats, helps in maintaining friendly relations, makes us capable of giving humanitarian assistance when needed, helps us in carrying out disaster relief as well as gives us much needed respect and importance in the world pedestal as having a powerful military makes foreign countries honor their agreements and treaties. There are numerous other important benefits to any country in having a robust military.

In India, the military or armed forces are comprised of three wings and they are; The Army2, The Air Force, and The Navy. As the topic suggests our focus here would be on The Indian army and the laws that apply to it.

The Indian Army is the land-based and the largest wing of the Indian armed forces/Indian military which are professionally headed by The Chief of Army Staff who comes under the direct control of The Chief of Defense Staff appointed by The President of India being The Supreme commander of The Armed Forces in India.

Laws applicable to The Army

There are several laws that apply to the army and they are as follows:

There are other laws as well which are relevant to or have provisions relating to the Army such as; The Constitution of India, 1950; The Armed Forces (Special Powers) Act, 1958; The Armed Forces Tribunal Act, 2007; The National Service Act, 1972; and The Indian Reserve Forces Act,1888. But these laws are not primarily and specifically focused on Laws relating to Army and hence, they are not covered in this article and are intentionally left for detailed discussion maybe for some other day.

Vicarious Liability in Case of Independent Contractor
Role of an Auditor under the Companies Act, 2013
Pleadings: Meaning, Object, General Rules and Amendment of Pleadings
2022-02-10
Previous Post: Law of the Sea: A study of an Uncharted Division
Next Post: Call for Student Editors and Marketing Head for Canon Sphere