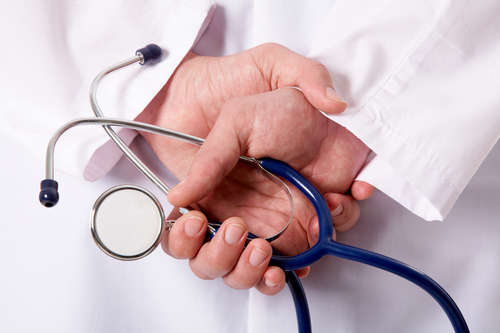 This article is written by Vineet Bilkhu and Apoorva Bhosale, 4th year law students from ILS, Pune. The article gives an overview on the disputes that occur in the medical sector and how various techniques of ADR function in resolving the disputes.

The courts in India endeavour to facilitate out-of-court settlements through Alternative Dispute Resolution (hereinafter referred to as ADR). It is the duty of civil courts under section 89 of Civil Procedure Code, 1908 to formulate terms of settlement and refer the matter to ADR if such elements occur.

ADR is ideally backed with the motive of reducing the quantum of litigation cases, encouraging compromise and settlement among the parties involved in the dispute. ADR involves techniques such as:

Alternative Dispute Resolution provides expeditious and neutral evaluation techniques, broadly to bring the parties on common ground so that the interests of the parties are safeguarded. Conflict management techniques are made available to reduce the litigious burden providing speedy concurrence, which is resultantly a less costly approach leading the commercial and public service sectors, resorting to the ADR mechanism.

The Healthcare sector involves certain medical crises inducing disputes between the patient and physician. Cases related to medical negligence/ malpractice, misdiagnosis, breach of trust and confidence, medication error, infections, etc., and many other technicalities per se medical discrepancies, are the reasons for disputes in the medical department. The healthcare department comes across unanticipated incidents occurring at a higher rate, some of which are preventable and some arise because of medical errors. WHO states that millions of patients are harmed, where 2.6 million deaths take place due to unsafe medical practices worldwide? Globally, at least 5 patients die every minute because of unsafe medical care.

The increase in public awareness with regards to the patient’s safety and demand for transparency on behalf of the doctors and hospital, rooted in a large number of litigations against the healthcare department. The justice system of India comprises a lot of pending cases which results in providing delayed justice. Litigation provides justice and a high compensatory award, but the delay is to the extent that respondents are too old or no more to compensate for those huge awards.

To overcome the delay of the court procedure, healthcare facility- providers and users have started approaching ADR techniques for conflict management at length. Referring the disputes to ADR provides speedy resolution and efficient results due to its transparent nature.

Arbitration is dealt with by Arbitration and Conciliation Act 1996. It is a binding process where the disagreement is decided by a neutral arbitrator who makes an unbiased decision in the dispute. Healthcare disputes can be solved by arbitration but not all the disputes which are part of the health care sector can be solved by arbitration. It is the civil right of the patient to get proper treatment from the physicians and hospital staff. But the doctor-patient relationship is also an implied contract as there are consenting parties, there is payment in the form of consideration in exchange for the treatment performed. Both contractual, as well as tortious elements, are present in the medical disputes., patients and physicians both have in rem as well as in personam rights.

Using the principle from the above-stated precedent, disputes such as withdrawing or withholding the treatment of patients, consent of patient or family in case of an emergency where the doctor and family are involved becomes a matter of internal affair as in these situations the impact of the decision or the dispute can occur only between the mentioned parties, therefore the dispute can be resolved amicably by arbitration.

In the contractual matters of the health care sector such as insurance, employment contracts, or issues involving payer and providers, the affected party may bring in personam action against the one who breaches the contract and those actions may be arbitrable. Also, in contractual disputes in healthcare, where specific performance of a contractual obligation is required, arbitration can be a medium to solve such disputes.

Malpractice cases in the medical sector can be referred to arbitration depending upon the seriousness of fraud allegations. In the Ayyasamy case, it was observed that only trifling allegations or frivolous frauds could be resolved by arbitration. The position held in the said case makes it crystal clear that the precise nature of the claim which is of serious concern cannot be resolved by arbitration at all and is supposed to be referred to the court itself, as they are required to be in the public domain which is within the concern of the public at large.

Hence, depending upon the nature of the disputes, matters shall be referred to the arbitral tribunal because of its flexibility, simplified rules of evidence and procedure, avoidance of a lengthy litigation procedure, and speedy settlement among the parties.

Mediation in the Healthcare Sector

Mediation is a process opted by the parties involved in the dispute for aiding an interactive and structured conversation with the foremost objective of settling down the matter.

The mediation procedure aims to establish a conducive environment throughout the process, by gaining confidence and trust among the parties for amicably able to settle the dispute and establish control over the process.

The question highlighted herein would be as to Why is mediation more desirable and useful procedure than litigation for resolving the medical sector disputes?

Justice R V Raveendran identified the following six shortcomings regarding adjudication by courts: (a) delay in resolution of the dispute; (b) uncertainty of outcome; (c) inflexibility in the result/solution; (d) high cost; (e) difficulties in enforcement; and (f) hostile atmosphere.

The litigation in medical disputes adds few more deficiencies such as an effect on the patient-doctor relationship; creation of undesirable stress over the doctor which can seed him to commit further mistakes or negligence during his practice.

Whilst in the Mediation process the drawbacks of litigation can be subjugated. The methodology of mediation is regulated in a manner where the entire process is conducted within confidentiality, both the parties put forth their locus which makes the parties speak freely, doctors can offer truthful explanations and apologies without the fear of admitting the liability. The mediation process between the disputed parties might last for mere hours or can extend for a maximum of 60 days depending on the complexity of the issue.

The whole mediation process results in the outcome of moving towards mutually amenable solutions without jeopardizing the relationship of the disputed parties.

For instance, parties in dispute are the employees of the hospital and the hospital, with regards to the employee indemnity insurance. Through the litigation procedure when an order is not in favor of one particular party the relationship of the employee and employer can be jeopardized, whereas on the contrary, by resorting to the mediation technique the relationship between the parties will be less affected by arriving at a successful solution.

A medical dispute when referred to Mediation will be resolved more efficiently because of the informal atmosphere. It facilitates an environment where the disputed parties communicate with complete honesty and thus arrive at a compromise amicably.

For instance, the dispute is about inadequate follow-up or reasonable care after treatment.  As held by the Supreme Court in the case of Dr. Laxman Balkrishna Joshi vs Dr. Trimbak Bapu Godbole, the Supreme Court held that if a doctor has adopted a practice that is considered “proper” by a reasonable body of medical professionals who are skilled in that particular field, he or she will not be held negligent only because something went wrong.

As the reasonable degree of care is unknown and changes as per circumstances, the dispute might have arisen due to miscommunication or lack of knowledge by the patient about the required sufficient care. This kind of disputes can be solved by mediation as here communication is the key to solve problem.

Mediation encourages expressive remedies where the doctors take reasonable care, the hospitals become more careful, training programs for the staff are conducted, improved and corrective treatment to the patient is provided, etc are some of the beneficial outcomes for the patient.

The mediation procedure thus is recognized to be an idle method to resolve the disputes more efficiently by saving a lot of time and amicably settling down the matter.

Lok Adalat for the Medical Disputes

Permanent Lok Adalat forum has been set up by the Indian Judicial system as an Alternative Dispute Resolution to relieve the overburden of the court system for quick settlement of disputes.

Lok Adalat is a forum where any dispute in a pre-litigation state or which is pending before any court, can be brought to the Lok Adalat for an out-of-court settlement or where the parties decide to compromise.

According to Section 22A(b) of The Legal Services Authorities Act, 1987, which defines the public utility services (PSU), includes Service in Hospital or Dispensary to be a PSU, thereby making it possible for a medical-related dispute to be resolved by the Lok Adalat forum.

The ongoing medical-related disputes in the court can be referred to the Permanent Lok Adalat by the presiding judge in the matter when both the parties mutually agree to settle the matter out of the court. The medical sectoral disputes which can be resolved by the Permanent Lok Adalat include disputes ranging from medical negligence to Medi-claims insurance. Approaching Lok Adalats for medical disputes will avoid court fee and make its flexible interactive and speed up the process of resolving disputes.

Lok Adalat being an efficient method to solve disputes, it should be conducted frequently to solve the medical disputes to lessen the burden of litigation procedure and allow for a huge number of medical-related disputes to be settled expeditiously.

As quoted by Jimmy Carter – “Unless both sides win, no agreement can be permanent. A win-win situation can be brought by opting for ADR techniques in the medical sector, where both the parties’ interests are safeguarded.

By our research and analysis, we conclude that ADR in the current scenario and future period can be recognized as the strongest and speedy mechanism for resolving disputes of the medical sector depending on the precise nature of claims. Disputes that are in personam can be resolved via the ADR mechanism effectively. Therefore, the hospitals must initially get agreements, signed by the patients concerning the occurrence of any dispute to be solved via ADR.