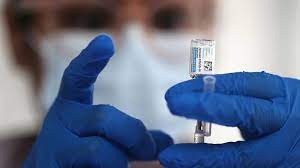 On May 31, 2021, the Supreme Court of India raised a slew of questions in its order while hearing the suo-motu case related to Covid Management in India. In the said order, the Court criticized the Centre’s Covid vaccination policy and described it as prima facie arbitrary and irrational.

The bench of Justice DY Chandrachud also asked the Central Government to provide the details and information about how Rs. 35,000 crore, which was earmarked especially for procurement and supply of vaccines, has been spent so far and for the Centre to present all the relevant and important documents regarding the covid vaccination policy in front of the court.

The Union Government has stated that as per the projected midyear population of India for 2020, the total population aged 18 years and above is approximately 94 crore, and the administration of 2 doses to each citizen would require an estimated 188 crore vaccine doses.

In a 380-page affidavit, the Centre stated that it expects to procure the estimated requirement of around 188 crore doses from at least 5 manufacturers by the end of the year. It also stated that a poor person and a millionaire are equally entitled to get the Covid vaccine for free and that necessary actions are being taken to ensure the safe, accessible, and effective administration of vaccines. It further contended that along with the two major vaccines of the country, Covishield, and Covaxin, another Russian Coronavirus vaccine named Sputnik V has received Emergency Use Authorisation by the DCGI, India. Some other domestic vaccines from Biological E and Zydus Cadila are also in the final stages of clinical trials and once approved, will further increase the availability of vaccines.

The court, in its order dated 31.05.2021, also asked for the reasons behind the involvement of private hospitals in the process of administering vaccines. To this, the government stated that according to the statistics, almost 55% of the population gets medical care from private hospitals and the remaining 45% gets health care services from government-run hospitals. It argued that private hospitals have a wider range to vaccinate people and also lessens the stress on government facilities during a time of crisis.

The Health Ministry Of India on 26th June informed that Zydus Cadila, an Indian pharmaceutical company, will soon complete clinical trials for the vaccine against Covid-19 for citizens in the age bracket of 12-18 years and that the doses will most likely be available from July end or August.