UN Guidelines on Consumer Protection and its Implications 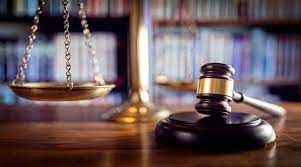 UN guidelines on consumer protection are a set of guidelines which lays down the basis on which consumer protection legislation, enforcement institutions and redress system should be established. These authorities so formed should make and enforce laws, rules, and regulations suitable according to their social, economic, and environmental circumstances present in the member state.

These guidelines were firstly on general assembly by the member states in the year 1985 then later expanded by the Economic and Social Council in Resolution of 26th July 1999 and recently revised by the general assembly in 22nd December 2015. These 2015 revised guidelines are made keeping in mind the developing countries and sustainable development goals. The UN further extended its assistance to member countries in framing and enforcing consumer protection laws.

Why is it Important for the UN to make rules on Consumer Protection?

This can be understood in 3 parts: firstly to promote sustainable development, Secondly to assist member nations by providing basic guidelines based on which they can frame laws. And the third point is closely related to the second point that is to promote economic growth and reduce poverty. According to the United Nations, consumer protection plays a vital role in reducing poverty and in promoting economic growth.

United Nations aims to guard human rights. Consumer protection is one of the basic human rights which guards a consumer against hazardous products, adequate information, uninformed choices, and ineffective redress. It prevents abuse of consumers, makes them empowered, and works towards their welfare. It is beneficial not only to consumers but also to the players in the market i.e. companies by leveling competition and equalizing the playing field. These companies have to comply to the same guidelines provided by UNCTAD.

To regulate global trade (exports and imports) by maintaining a minimum standard of goods beneficial and safe for consumers all around the globe.

To promote a high level of ethical conduct for the manufacturers, producers, companies, etc.

Three voluntary peer reviews have been conducted by the UN to support their plan, to formulate and keep a check on member nations upon the working of model consumer protection guidelines.

The UN had made some recommendations to the government of countries to protect consumers and take action against violators. Some of these recommendations are market monitoring initiatives, price capping on life-saving drugs, attend the needs of disadvantaged consumers, etc.

The UN has diverse member countries including developed, developing and non-developed nations. As far as developed nations go, they have a well-settled framework for consumer protection. Developing and underdeveloped countries’ consumers are the most vulnerable like some countries of Africa, Asia, Latin America. So, considering this the United Nation’ model action plan is prepared to achieve a better standard of living for consumers and a fair playground for the global multinational companies.

This article is written by Aakarsh Chandranahu, a student of Alliance School of Law.