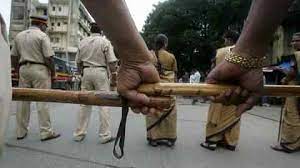 UAPA: A Barbaric Legacy or the need of the Hour?

Former Supreme Court judges Aftab Alam, Madan B Lokur, Gopala Gowda, and Deepak Gupta came together for a webinar organized by the non-profit Campaign for Judicial Accountability and Reforms (CJAR) on Saturday over the misuse of anti-terror legislation in India.

Justice Alam said, “When compared to the number of cases registered, the conviction rate drops to 2 percent, while the pendency rate rises to 98 percent.” He believes the Unlawful Activities (Prevention) Act, UAPA has failed the country on two fronts: national security and constitutional liberty, and that such law should be repealed.

Justice Gupta agreed with Justice Alam and expounded on the overuse of the sedition law and UAPA, saying that it has become increasingly harsh over time and should be repealed as soon as possible. Dissent is necessary in a democracy, and draconian rules have no place. In recent years, laws have been utilized to suppress dissent and silence those who pose questions to the government. We need an anti-terror law that solely applies to acts of terrorism and It must not be abused.

According to Justice Gowda, rules like UAPA provide security agencies unrestrained power and the government the opportunity to abuse them. Noting that the UAPA limits judges’ ability to order a judicial review, Gowda claimed that a law that restricts the ability of the courts to issue bail is unconstitutional in itself.

Justice Lokur observed, “In addition to being imprisoned for no reason, the apprehended individuals are subject to “soft torture” in jail. What kind of a society do we seek to build?” He said. “Long incarceration, overcrowding in jails and solitary confinement, lack of sleep and space as well as lack of proper nutrition, sanitation, and medical facilities are the reality of our judicial system. I’ve visited children’s homes where 50 children share a single toilet. Adult correctional facilities may be preferable. Isn’t this, however, a form of torment?”

“The point is whether courts as protectors of human rights are failing in their duty to protect human rights,” said Justice Anjana Prakash, a former Patna High Court judge, and senior advocate. According to the UAPA, the court shall not grant bail. We’ve got an inverted pyramid of discretion. The Supreme Court has wide discretion in issuing orders, although the UAPA limits the discretion of the Supreme Court and High Court. “This is ridiculous,” She exclaimed.

This came after the recent death of Father Stan Swamy, accused in the Bhima Koregoan case. The retired judges were in consensus that the death of the tribal rights activist was an example of how the anti-terror statute was being exploited and it was high time to repeal the archaic law.