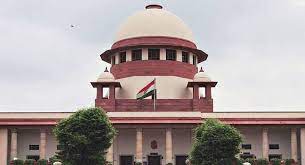 The entire PILs can’t be burdened on the court by the lawyers: Supreme Court

On Monday the Supreme Court observed the plea which was filed by a petitioner the advocate Mr. Yadav claiming against the people who spread the unfair criticism on the vaccination policy on social media or in the public domain. And the petitioner left the entire burden of the petition of PIL to be cast by the court.

Concerning this, the bench of Justice Chandrachud and MR Shah stated that the petitioner should at least submit some products of the FIRs and some details related to the case to proceed further. That is not the court’s policy to take over the case by leaving behind the court to cast over the petition by the petitioner since he filed a general petition. It is in the litigant’s role to bring all the required products to bring before the court to support the claim and to provide some justice to the case.

Meanwhile, the bench asked the petitioner to tell about one person against whom such action was taken. In reply to this, the petitioner Yadav brought a case related to the Lakshadweep controversy which was filed in Delhi NCT and UP and the Kerala High Court granted them anticipatory bail. The bench responded that the Lakshadweep controversy is completely different as compared to this case so the petitioner can’t link that case to this, and let’s not confuse the matter that he is discussing the case that was been pending before the Kerala HC, we also read newspapers, Said the bench. On this, the petitioner replied and asked the police station to provide him the FIR copies but they failed to provide the copy so the petitioner requested the court to direct the police station to provide the copy.

The request of the petitioner was denied by the bench stating that we provide all support to your case as far as you provide some essential reading and evidence or research related to the case. And the bench also dismissed some PILs in Allahabad and Mumbai due to this reason. So the bench asked the petitioner to come back again on Friday with the essentials to precede the case further.