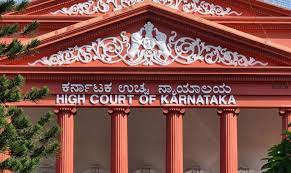 Justice was served in the form of a Karnataka High Court order on the maintainability of Twitter employee Manish Maheshwari’s appeal against the Uttar Pradesh Police’s notice, even though it took a long time.

Justice G Narendra had reserved the verdict on July 9 after hearings in the case. It was supposed to be announced on July 13, but it was postponed after the judge stated that he wanted to go over the cited precedents again to ensure that the verdict was free of errors. The length of time it took to pronounce the order reflected this meticulousness. The order on the maintainability of the plea took more than five hours to issue, spread out over two days.

The Court sifted through various issues in the case, including the extent of Twitter India’s control over the content on the social media platform, whether Maheshwari was a Managing Director of the company and the use of criminal law provisions by the UP Police. Finally, the Court determined that the conditions for invoking Section 41A of the Code of Criminal Procedure (CrPC), which deals with notice to appear before a police officer, were not met.

The Court went so far as to say that the notice was used fraudulently, noting that “The provisions of the statute must not be ever used as a tool for the harassment.” The respondent (UP Police) has not produced a shred of evidence to show even prima facie that the petitioner (Maheshwari) was involved.”

The order on Manish Maheshwari’s plea’s maintainability took over five hours to issue, spread out over two days. Since the case consumed a significant amount of Justice Narendra’s time over the last two days, he was seen adjourning other matters to a later date.

At one point during the hearing, it appeared that the judge was aware of how long the decision was taken. “I will need a rest for my vocal cords tomorrow,” he said before adjourning the pronouncement into the second day. Following the announcement of the verdict, Maheshwari’s lawyer, Senior Advocate CV Nagesh, thanked the judge for his time and patience. Nagesh also expressed regret for taking up so much of the Court’s time.