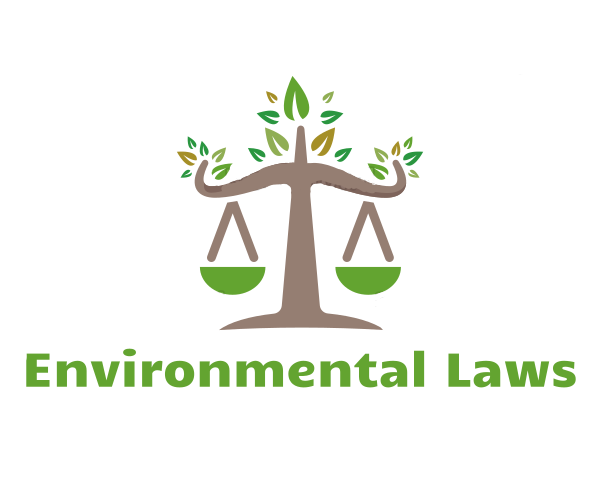 This article has been authored by Ritesha Das, pursuing BBA LLB from Symbiosis Hyderabad. The article aims to outline various spectrums of the Wildlife Protection Act of 1972.

The ecosystem is an entangled network of biotic and abiotic components that are intertwined together.  All species such as plants, animals and micro-organisms falls under the category of biotic elements. The non-living organisms such as soil, water, environment etc, being crucial for the survival of life are the part of abiotic components. Flora and fauna are the most engrossing components among all the biotic elements. In simple terms, the word flora alludes to every plant life whereas the terminology of fauna corresponds to every animal life.

The equilibrium of the ecosystem is at extreme risk with the demolition of forests resulting in numerous natural disasters all over the world. The progressive dwindle of wild animals like Asiatic Cheetah, Indian rhinoceros, pink-headed duck etc elucidates the need of enactment of a stringent legislation for the protection of the wildlife in India.

The Wild Life Act of 1972 was approved in Parliament of India on 21 August 1972 and was subsequently enforced on 9 September 1972. It preserves the specified species of flora and fauna and maintains a web of protected areas which are of ecological significance. The Act is segmented into 60 sections and 6 schedules. According to Section 2 of the Act, ‘wildlife’ includes any animal, bees butterflies, crustacean, fish and moths; and aquatic or land vegetation which forms part of any habitat. So the meaning of the wildlife in this Act is very wide and inclusive of all kinds of flora and fauna.[i] The Wildlife Protection Act 1972 authorizes central and state governments to designate any area a wildlife sanctuary or a national park, or a protected forest. Any commercial development within these protected areas is completely forbidden. It not only facilitates the administration and application of the Act by authorities but also controls the hunting and poaching of wild animals. This act also preserves the listed trees, sanctuaries, national parks and protected areas; prohibits trade or trafficking of wild animals or articles of animals; and other concerns.

The Act underwent through a series of amendments. The amendment to the Wildlife Protection Act in 1982 has incorporated various provisions allowing the capture and transfer of wild animals for the scientific management of the population of animals. The amendment of 1991 contributed to the addition of special chapters dealing with the protection of listed plants and the monitoring of zoos. The needs and interests of tribal and forest communities were also identified and modifications were made to facilitate their welfare. The amendment to the Wildlife Protection Act in 2002 introduced a new chapter to deal with the confiscation of illegal hunting and trade property. In addition, this amendment also established the notion of cooperative management through the Conservation Reserve Management Committee and the Community Reserve Committee.

The primary objectives of the Wild Life Protection Act of 1872 are:

It shall be composed of the minister in charge for forests in the jurisdiction of the State or of the Union as Chairman. If there is no such minister, the Chief Secretary shall be the Chairman of the Board.    The other members shall comprise of 2 members of the state legislature or the Legislature of the Union Territory, the Secretary of the Government of the State or the Central Government, in charge of forests; the Forest Officer in charge of the State Forestry Department; the Officer nominated by the Director of Wildlife Preservation; the Chief Wildlife Officer; State Government Officers not more than 5 and such other persons, not more than 10, who in the opinion of the state government and are interested in the protection of wildlife, including the representatives of tribal. [v]It is mandatory to set up a Wildlife Advisory Board in each of the States and Union Territories.[vi]

The Wildlife Advisory Board was primarily consisted to give recommendations to the state government on the following issues:

PROTECTION OF SPECIFIED PLANTS AND ANIMALS

This Act forbids the aggregation, uprooting, etc of listed the plants. According to Section-17 of Wildlife Protection Act of 1872, no person shall intentionally gather, uproot, destroy, acquire or collect any specified plant from any forest land and area specified by the notification of the Central Government. It also forbids the possession or sale or transfer by way of remittance or transport of any specified plant subjected to the permission of the Chief Wildlife Warden. In accordance with the provisions of Chapter IV of this act, this section is exempted for a member of a scheduled tribe from picking up or collecting or owning any specified plant or part or derivative of it for its bonafide personal use in the district in which he resides.

This act has also forbidden hunting and poaching of wild animals. Any person hunting any wild animal shall be punished with imprisonment for a term of up to three years or a fine which may be extended to Rs. 25000 or both. However, the offence is committed in the sanctuary or national park with respect to any animal listed in schedule 1, the person shall be punished with imprisonment not less than 1 year and with a fine not less than Rs 5000.[vii]

The Chief Wildlife Warden has the discretion to permit the hunting of animals in the following cases:

In the case of Animal and Environment Legal Defence Fund Vs. Union of India, [viii]the petitioners questioned the legality of the awarding of fishing licenses to 305 tribal families in the reservoirs of Pench National Park. However, the Supreme Court adopted a humanitarian approach, bearing in mind economic sustainability and environmental protection. The Supreme Court ordered the forest authorities and the wildlife authorities to take effective steps to protect the environment and to monitor villagers at the same time. The villagers were also directed not to enter other areas other than the reservoir.

According to Section 18, the State Government has the authority to declare its intention for constituting an area other than areas comprised of any reserve forest or the territorial waters as a sanctuary if it considers that such area is of adequate ecological, faunal, floral, natural or zoological significance for the purpose of protecting, propagating or developing wildlife or its environment. No one is allowed to enter or reside within the limits of the sanctuary other than the public servant on duty except:

The grant of permission could be subjected to other conditions and even to payment of fees under this Act[x].  No person is allowed to place, kindle or leave any fire burning in the sanctuary. Moreover, the dangerous weapons, explosives, hazardous chemicals etc are prohibited in the sanctuary. Damage, demolition, molestation of any wild animal and alteration of the boundaries of wildlife sanctuary are strictly prohibited.

The person residing within the limits of the sanctuary is bound to help in finding the offender, report the death of any wild animal, assist the forest officer or chief wildlife warden or police officer in investigation of the offence and also to take the charge of such an animal if any kind of offence is committed against the act until the Chief Wildlife Warden takes the charge.

In the case of Pradeep Krishen vs. Union of India,[xi] the petitioner challenged M.P government’s order by which authorization was granted to the villagers living near the sanctuaries and national parks to gather tendu leaves through contractors. In the condition of M.P. 11 areas have been declared sanctuaries and national parks covering approximately 12.4 per cent of the total forest cover in the M.P. The petitioner claimed that a number of trees in these areas had been destroyed as a result of the villagers’ entry. The Supreme Court ordered the Madhya Pradesh Government to take immediate action to prevent farmers and tribals from accessing national parks and sanctuaries.

TRADE AND COMMERCE IN ANIMALS, ANIMAL ARTICLES AND TROPHIES

The term trophy means the preservation or retaining of whole or any part of an animal. For example, horn, rhinoceros horn, feather, nail, tooth, musk, eggs etc. Section-39 of the Act specifies that any wild animal other than vermin that is hunted, captured or bred in captivity or found dead or accidentally killed is the property of the State government. Similarly, wildlife articles, specimen or unused trophy, meat obtained from any wild animal, ivory imported into India, the object made from such ivory, vehicle vessel arms, trap or device used to commit an offence and confiscated shall be the property of the State Government.

In the case of Babran Kumawat vs. Union of India[xii] the petitioner was the manufacturer of Mammoth ivory. The applicant was the maker of Mammut Ivory. Throughout Alaska and Siberia, the mammoth species had already died due to climatic conditions. The problem may be regarded as an imported ivory under the 1991 Amendment Act. The Supreme Court ruled that the 1991 amendment restricted all representations of the trade in ivory. It may be an ivory elephant or mammoth ivory. The petitioner can not, therefore, continue to trade in elephant ivory.

The offences committed in relation to any animal listed in Schedule I or Schedule. II shall be punishable with imprisonment for a term which shall be more than one year and may extend to six years which may include fine of minimum five thousand rupees. The punishments for the offences related to possession of the animal article, trophy, hunting or altering the boundaries of a sanctuary or a National Park etc remains the same unless a subsequent offence of same nature has been committed. Under such subsequent offences, the minimum term may extend to two years and the amount of fine shall not be less than ten thousand rupees. The punishment for infringing the provisions of ‘Prohibition of Trade or Commerce in Trophies, Animal Articles and Animals’  shall be imprisonment for a minimum term of one year which may extend to seven years and also an imposition of a minimum fine of five thousand rupees.

India is a land of abundance of natural resources with an immense variety of flora and fauna calling for preservation and safeguard. The Wildlife Protection Act of 1972 was implemented for the accomplishment of the same purpose by serving a security blanket against illegal poaching, shooting, wildlife trade and various plant species in various flora and fauna. This Act also empowers the State as well as the Central government to declare any area as a Sanctuary or National Park. Various restrictions are imposed on any action in these areas and officers are assigned to oversee the operations in those areas. The implementation of this act has helped in stabilizing, preserving and protecting the wildlife.

DIFFERENCE BETWEEN HURT AND GRIEVOUS HURT
Theories of Recognition of States under International Law
Symbiosis Law School’s Webinar on "Reshaping Policing: A Legal Reform" [Nov 6, 4 PM]: For all, Regis...