The Plaintiff has Abused and Exploited the Method of Law: Juhi Chawla’s 5G Case 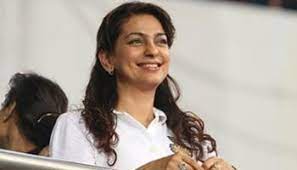 On the fourth of June, 2021, the High Court of Delhi dismissed Juhi Chawla’s civil proceedings against the launch of 5G and obligatory a significant penalty of twenty lakhs. The complainant is seeking leave to sue in representative interest on the bottom that the launch of 5G technology can cause stupendous damage to the public, as well as future generations, and also the proceedings, involve problems relating to public health of the current as well as future generations.

The case is dismissed. The court expressed that The plaintiffs have abused and exploited the method of law that has resulted in an exceedingly waste of judicial time. The penalty of Rs.20 lakhs is obligatory on the plaintiffs. The plaintiff’s area unit was directed to deposit the price of Rs.20 lakhs with the metropolis State Legal Services Authority (DSLSA) within one week. If the price isn’t deposited within one week, it shall recover an equivalent from the complainant beneath the law. It shall utilize this price for the victims of road accidents. Moreover, the justice mentioned that It seems that the complainant has filed this suit to gain publicity and that is evident from the very fact that the complainant circulated the video conferencing link of this Court on her social media accounts, which resulted in the recurrent disruption of the Court proceedings.