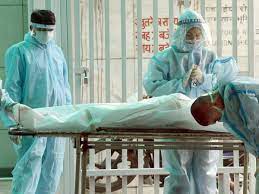 The Supreme Court of India is currently hearing two separate pleas requesting the Centre and the states to provide Rs. 4 lakh as compensation to the families of the victims of this deadly virus.

Advocate Gaurav Kumar Bansal, one of the two petitioners, contended that under Section 12(iii) of the Disaster Management Act, 2005, every family whose member died due to a disaster is entitled to compensation worth Rs. 4 lakh. The legal team of Reepak Kaushal, the second petitioner, argued that since a large number of people have succumbed to the novelty virus, proper issuance of death certificates need to be issued, as only the aggrieved families can claim the aforementioned compensation under Section 12(iii).

On June 11th, Solicitor General Tushar Mehta, appearing for the Centre, told the Supreme Court that the issues raised in the please, seeking compensation for the affected families, are genuine and are under consideration of the Central government.

The Supreme Court has given the Centre 10 days to file a reply and thereafter the matter will be heard. The court has also said that there should be a uniform policy in place for issuing death certificates to the victims of the virus and the doctor’s certification ascribing the death to a different reason rather than covid is not fair.

The matter has been listed on June 21 for the next hearing.

The Bombay High Court Quashes Externment Order Against Shiv Sena Party Members.
The Apex Court Quashes The Conduct Of NLAT 2020 And Directs Admission To NLSIU On The Basis Of CLAT ...
No Winter Session for the Parliament- Another Covid 19 Crisis? [Concise Analysis]
2021-06-15
Previous Post: Delhi Court Seeks Reply from Tihar Jail Over Allegations of Terror Accused Being Beaten up
Next Post: The Plaintiff has Abused and Exploited the Method of Law: Juhi Chawla’s 5G Case