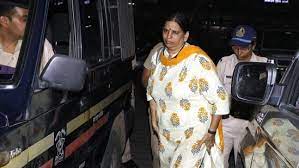 On Friday, the government of Maharashtra opposed the bail request of activist Sudha Bharadwaj, who was arrested in the Elgar Parishad case of the Mumbai High Court, arguing that he lacked the right of the lower courts. The accusation of jurisdiction is wrong. Sudha Bharadwaj, who has been detained since September 2018, applied for bail because the court hearing the prosecution was initially not authorized to do so.

Advocate General Ashutosh Kumbhakoni argued that although the case was referred to under the Unlawful Activities (Prevention) Act (UAPA), the 2020 investigation was taken over by the National Investigative Agency (NIA) of police. The special court only took over the NIA afterward, he said. Until then, the court of appeal in Pune will be responsible, he added.

Special tribunals will be set up under the NIA to “try” matters investigated by the NIA that “do not include pre-trial hearings,” Kumbhakoni said. “The petitioner’s argument is wrong,” confirmed the Attorney General.

A division bench consisting of Judge SS Shinde and Judge NJ Jamadar will continue hearing the petition on July 23. According to Sudha Bharadwaj, the Pune court that arrested her and eight others in police custody in 2018 did not have the power to hear a UAPA case. His attorney, Yug Chaudhry, argued in previous hearings that a trial judge can only take cognizance of UAPA crimes following specific instructions from the district judge.

Police alleged that “incendiary speeches” held at the Elgar Parishad conclave in Pune on January 1, 2018, led to caste violence at the Bhima Koregaon Breed Memorial in the district, and the conclave was supported by Maoists. Activist Stan Swamy, arrested in the case last year, died in hospital earlier this month.