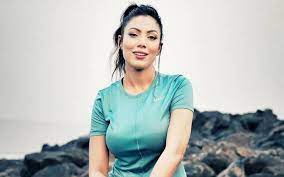 The Tarak Mehta fame actress Munmun Dutta’s FIR for her alleged remarks hurting the sentiments of the SC community was ordered to be stayed by the Supreme Court.

A division bench led by Justices Hemant Gupta and V. Ramasubramanian issued a notice against a plea filed by Dutta against the FIR under the Scheduled Castes and Scheduled Tribes (Prevention of Atrocities) Act. In the petition filed by Dutta, she sought a stay on the FIRs against her while clubbing and consolidating the FIRs registered in various states. Puneet Bali, a senior advocate, represented Dutta and submitted that since Dutta is Bengali, she was unaware of the real meaning of the said word. To which the bench contended, “That is not true. You may not be informed. Everyone knows the meaning. The same word is used in Bangla.”

The Bench directed a stay on 5 FIRs registered on her in different states along with issuing a notice in the petition. The matter has been listed in court after 6 weeks.

Opinion of private doctors can’t be accepted for declaring the fitness of police force aspirants: De...
The Hon'ble High Court of Allahabad Dismisses the Pre-Arrest Bail Application of Azam Khan
Compensation for Illegal Detention: Allahabad High Court
2021-06-25
Previous Post: The Hon’ble High Court of Delhi Adjourns the Plea of Gulfisha Fatima, Involved in the Delhi Riots, Seeking Relief from Judicial Custody
Next Post: The Hon’ble High Court of Allahabad Denies Providing Custody of ‘Minor’ Husband to his ‘Major’ Wife, as it would amount to an Illicit Relationship between them