The High Court of Allahabad extends protection accused in violation of Anti- Conversion Ordinance of U.P. 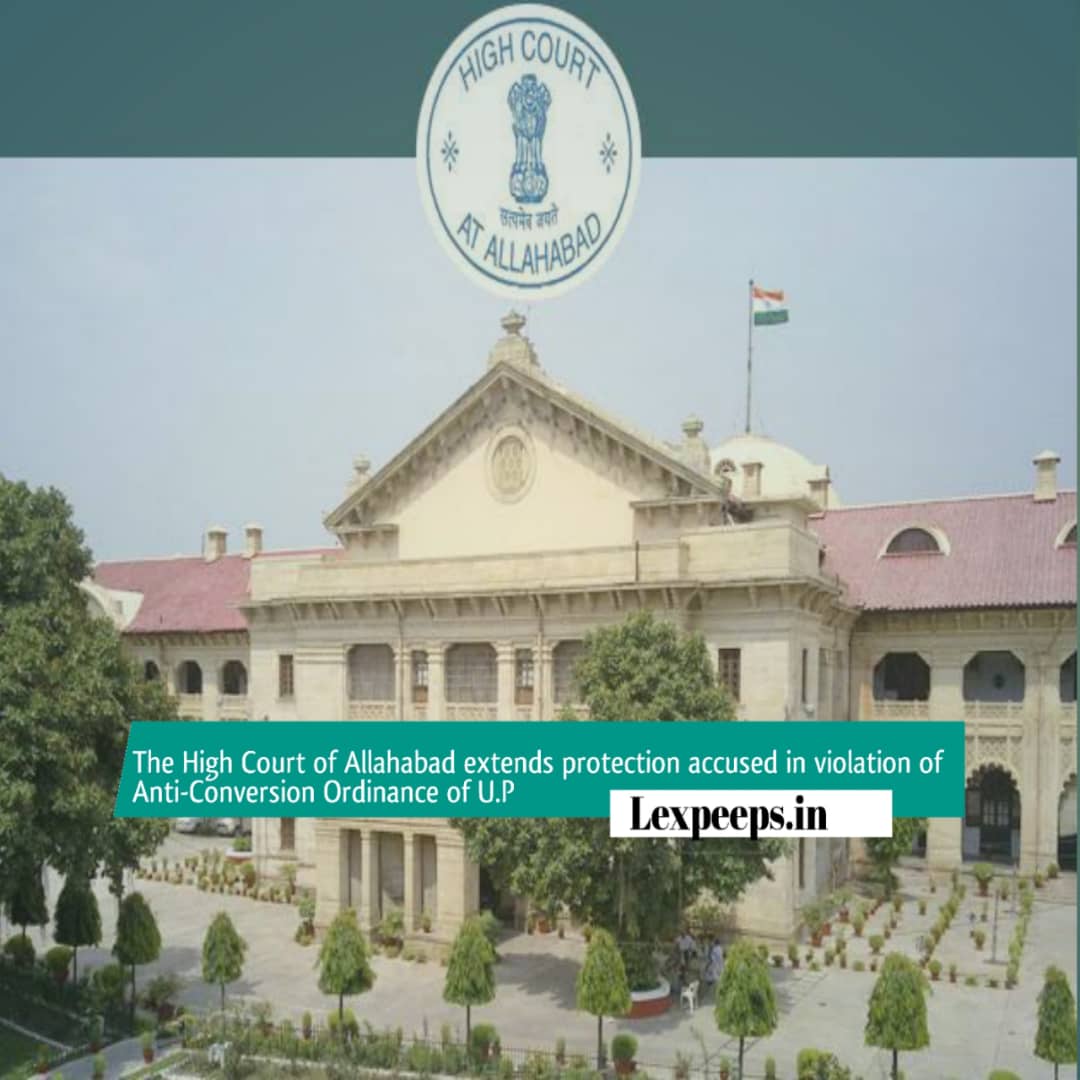 The petitioner has filed a Writ of Certiorari to quash down the FIR registered against him under Sections 504, 506, and 120-B IPC and Section 3/5 of the Uttar Pradesh Prohibition of Unlawful Conversion of Religion Ordinance 2020 (U.P. Ordinance No.21 of 2020).

According to the facts, it has been alleged that the petitioner used to visit the informant’s house to meet the latter’s wife (victim in this case) and a mother of two children. He used to do so in an attempt to convert her so that he can marry her and for that very purpose he had gifted her mobile phone.

The petitioner submits that the FIR has been filed based on mere suspicion and no concrete evidence has been presented against the same. Further, under Article 25 of the Indian Constitution, all persons are equally entitled to freedom of conscience and the right freely to profess, practice, and propagate religion, subject to public order, morality, and health and the other provisions of Part-III of the Constitution. The petitioner further has submitted that the present case is also about upholding the right to privacy as a basic right under the Indian Constitution.

The court has upheld the claim of the petitioner and has observed that the victim is an adult and is aware of her well-being. She and the petitioner have a Fundamental Right to Privacy. As two adults they are aware of the consequences of their supposed relationship.

The court while highlighting the argument on the right to privacy has mentioned the decisions upheld by the Hon’ble SC in the cases of Justice K.S. Puttaswamy and others Vs. Union of India (UOI) and Ors. reported in (2017) 10 SCC and in Joseph Shine Vs. Union of India, (2019) 3 SCC 39.

INSOLVENCY AND BANKRUPTCY BOARD OF INDIA Versus LALIT KUMAR JAIN & ORS.
Government Notifies “Good Samaritan Rules” To Protect People Who Come Forward To Help Accident Victi...
Conversion Therapy has Been Prohibited by Madras High Court
2020-12-24
Previous Post: Sec 11 of the Arbitration Act to include the aspect of validity of arbitration agreement in its expression “ Existence of Arbitration Agreement” – SC
Next Post: SC allows Farmers’ protest to continue without any Breach of Peace or Impediment