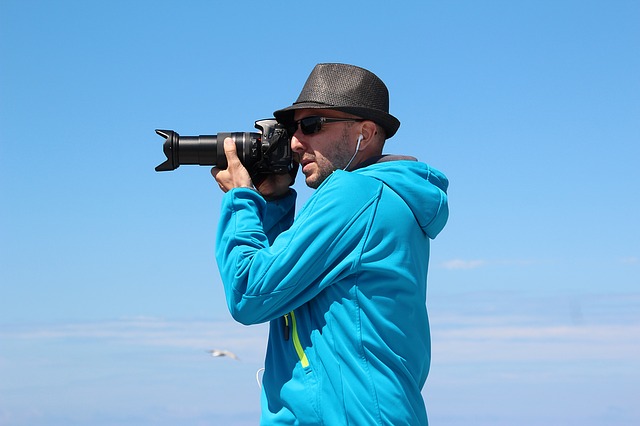 The Exploitation of Celebrity Rights in Media and Entertainment Industry

As far as the general public is concerned, a celebrity is a person who has achieved a level of renown and recognition in society that makes him or her clearly identifiable. It might be related to the appreciation and honour for some type of success by a huge group of people in a country like India. This can also be interpreted in a business sense: if a person’s reputation is utilised to promote a product, that person will be considered a celebrity in the sense of publicity under the ‘direct commercial exploitation of identity test.

This is the current issue in the media which the IP law regime attempts to defend. Despite the facts, though celebrity rights are protected under IP law, this today becomes an important area in the field of media owing to the facts

Celebrities are seen as a source of honour by many people. In a democratic country, people take it as a prize for accomplishment which the sportsmen and artists earn with their talent. People elect Politicians. Celebrity is conferred by the general public. The media dictates what the public sees. However, the public’s choice as consumers and electors ultimately conveys celebrity. There is also a type of celebrity that is largely uninvolved. It is given to princes and princesses via birth or marriage. Others gain fame as a result of their unintentional involvement in newsworthy occurrences.

The rights exploited by media are

One of the most well-known judicial rulings was issued in the case of Barber vs. Times Inc, in which a photographer photographed Dorthy Barber giving birth to a baby boy during her pregnancy. Ms Barber had filed an invasion of privacy lawsuit against Time Inc. for entering her hospital room without permission and photographing her despite her protesting against it. Mr. barber was successful in the suit and was awarded damages of 3000$. It is the duty of the media, that when it publishes any private matters of celebrities it should give accurate information. In this case, the media was found liable for the damages. Where media publishes truthful information, it is not liable to pay for any damages.

By Publicity right we mean any right to prevent unauthorized and commercial use of the name and fame of an individual. To claim this right, one needs to set up a form of merchandise, basically, an act that is intended to promote the sale/popularity of a commodity. If someone uses the fame of a celebrity to promote his products that would be termed as unfair trade practices.

In the Sourav Ganguly vs tata tea ltd case, when the cricketer had returned after scoring spending centuries was disturbed when he got to know that the company Tata tea ltd where he used to work as manager has been promoting that whoever will purchase 1 kg of tea, he would get the chance to congratulate the cricketer via a postcard, which can be found in each tea packet. In this case, the company was in an attempt to increase the sale of its products in the market of India where everyone knew Sourav Ganguly. The court ruled in the favor of Sourav, considering the fame and popularity are his intellectual property

We can say the law with regard to the publicity rights of celebrities is still not fairly developed.

By right to publicity, we mean a celebrity holds a limited(exclusive) right to all the profit earned if one misuses his fame and popularity for commercial purposes. This right is different from the right to privacy and also an ‘adversely portrayal of one’s personality.

In other words, we mean the moral rights of the celebrity over their personality.

In the same example, Sedley LJ opined that harm to an individual’s reputation (or invasion of privacy) is not regarded as a type of financial or economic loss. The plaintiff would lose in this scenario because their reputation would be less valuable as a commodity to be exploited through licensing and assignment. As a result, the publicity right is concerned with intangible or non-physical harm and intangible property ownership. As opposed to a right against injury, it is in the form of a proprietary right with an individual.

The importance of recognizing this right to favour the celebrity is to secure them a form of Intellectual property that is meant to protect them against any harm but the main motive is that they can secure financial benefits they can gain by using the property. This is usually justified as compensation or incentive for the claimant’s efforts in developing the intellectual property. Apart from that, the right is significant since it can be assigned and licensed to media players for financial gain an advantage.

WHY CELEBRITY RIGHTS ARE IMPORTANT?

In the age of the internet and other more advanced forms of communication, the theory of celebrity rights has become more relevant and a topic of debate. People in the country are interacting with the media in ways they have never done before. Because the media has become more fast-paced, the image of a celebrity can be used for publicity which causes an invasion of privacy. For example, in the Julia Roberts case which was a recent judgement by the WIPO Complaint and Arbitration Centre), the defendant operated a website called Julia Roberts.Com and in order to sell his item, he used the same website to run an online auction programme. Julia Roberts stated that the defendant utilized her notoriety to promote his auction on the Internet since the public would be curious to learn more about the celebrity and would visit the website from all over the world, making his auctions popular all over the world in a short period of time.

The fact that components of such rights are recognized demonstrates why they are vital. According to Leggatt LJ, ” Another crucial element to think about at the same time is the concept of privacy. People take advantage of the fact that superstars draw a lot of attention because they are traffic magnets. The public’s curiosity may thus lead to a situation in which the ‘paparazzi’ make it difficult for such superstars to go out in public in a regular manner. Although there is a right to get information in our country, this cannot be construed as the goal of the law to intrude into topics that such people do not want to be discussed in public.

We can say in the present age it is important to protect celebrity rights.

Even while Indian law has not progressed to the point where celebrity rights are recognized as a separate right, the court’s remarks suggest that they may do so in the future.

This article is written by Vidushi Joshi student at UPES, Dehradun

Juvenile Delinquency in India
Can a complaint about consumer issues be filed online? If yes, what is the process?
Protection of “Non- Personal Data” in India: Need of the Hour
2021-12-09
Previous Post: Job Post: Research Assistant – Department for Promotion of Industry and Internal Trade (DPIIT) IPR Chair GNLU
Next Post: Call for Applications for Bhumi Fellowship