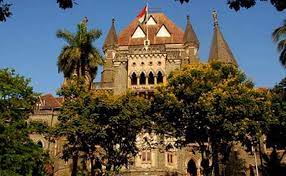 The Bombay High Court upheld the constitutional validity of a tariff order passed by the Telecom Regulatory Authority of India (TRAI) in January 2020 which had prescribed price celling’s on the charged by television channels but struck down one condition which said the price of a single channel cannot be more than one-third of the highest priced channel in that bouquet.

A bench of Justices Amjad Sayyed and Anuja Prabhudessai passed the judgment on a bunch of petitions filed by several broadcasters, like the Indian Broadcasting Foundation, a representative body of TV broadcasters, the Film and Television Producers Union of India, Zee Entertainment Limited, and Sony Pictures Network India.

On January 1st, 2020, the Telecom Regulatory Authority of India(TRAI) Act, 1997 issued new tariff rules by which the Network Capacity Fee (NCF) price was lowered, benefitting consumers. Previously, a sum of Rs 130 was applicable for all free-to-air channels, and consumers needed to pay more to watch additional channels. After the amendments to the broadcast sector tariffs, consumers will pay Rs 130 as Network Capacity Fee (NCF) charge, however, they will be entitled to get Two Hundred channels. Changes were additionally mandated to be made within the price of individual channels.

The petitions said that the new laws were arbitrary, unreasonable and Offensive of their fundamental right. The High Court disposed of the petitions and said that The challenge to the constitutional validity of the 2020 rules and regulations of TRAI fails. One condition regarding the average pricing of a channel in a bouquet is arbitrary and hence is struck down, the court said in its judgment. As per this condition, the rates of every pay channel (MRP), forming part of a bouquet, shall in no case exceed 3 times the average rate of a pay channel of that bouquet. The petitioners requested the court to extend its earlier orders of August and October last year directing the TRAI to not take any steps against the stakeholders a few times, so that they may study the judgment and then decide their future course of action.

The court then sought to know if the other stakeholders, who have not approached the HC in a challenge, have implemented the new regulations. Senior counsel Venkatesh Dhond and advocate Ashish Pyasi, appearing for TRAI, said that the other stakeholders have already implemented the rules. Therefore, the order passed earlier asking that the TRAI not to take any coercive steps is extended for six weeks, the court said. The Telecom Regulatory Authority of India(TRAI) Act, 1997 had defended its regulation, saying it was a consumer-friendly measure and aimed at ensuring ensure transparency and non-discrimination in channel rates.