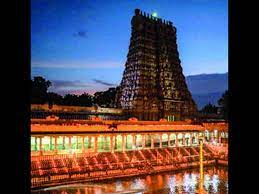 The bench of justices TS Sivagnanam and S Ananthi has held that “the authorities unmindful of the heritage value of various temples had licenses and leased out the temple property as well as the programs and verandas of the temples to traders to carry on trading activity by selling articles which are unrelated and unconnected with the temple and the worshipping public. These shops have virtually become shopping centers if not shopping malls” the order stated.

The PIL petition which was moved by K Suresh who is vice president of the Dharma Sena he argued that the Kanniyakumari district temple trustee board and the Shree Parameshwara Brahmanandha Theertha Sivangal, Madathipathi of the Munchirai madam be engaged to conduct certain temple rituals for the Arulmighu Adhikesavan temple which he stated was mandated as per scriptures of the temple.

The petitioner argued that the temple is not being maintained properly and the Pooja and rituals were not being conducted regularly as per scriptures.

Further, the court observed that the Hindu Religious & Charitable Endowments Department had a duty to maintain the temple and preserve its heritage. The court also agreed to petitioner contentions made that the temples in Tamil Nadu where the Pooja are not being performed due to lack of funds.

The court expressed its inability to allow petitioner prayer and directed them to approach the appropriate forum to get his grievances addressed. The court proceeded to dispose off the writ petition.