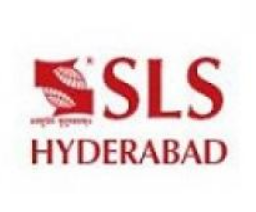 About the Symbiosis law school:

About the Centre for Criminology and Criminal Justice (CCCJ):

Centre for Criminology and Criminal Justice (CCCJ), is one of the many centers of Symbiosis Law School, Hyderabad that aims at specializing, tutoring, and disseminating information about the different facets of criminology, forensic science, penology, and victimology to its students.

The death of a father and son due to the alleged act of police brutality and custodial torture in Tamil Nadu has sparked rage across India. According to
NCRB, only 26 policemen were convicted of custodial violence despite 1,727
such deaths being recorded in India between 2001-2018. Police forces have
the authority to exercise force to enforce laws and maintain law and order in a state. However, this power may be misused in several ways. For example, in India, various kinds of complaints are made against the police including complaints of unwarranted arrests, unlawful searches, torture, and custodial rapes.
The Second Administrative Reforms Commission (2007) has observed that
there is a need to have an independent complaints authority to inquire into
cases of police misconduct. The Supreme Court of India in Prakash Singh v. Union of India also ordered the Centre and states to set up authorities to lay down guidelines for police functioning, evaluate police performance, decide postings and transfers, and receive complaints of police misconduct. Yet, these and various other recommendations made across eight reports of the National Police Commission have not been implemented in the criminal justice system. The webinar “Reshaping Policing: A Legal Reform” will be focusing on the different steps by which reformation of the system to reduce this misuse of the powers by the authorities can be possible, as well as raise awareness on the same.

Besides being a distinguished police official Mr. Vibhuti is an acclaimed Hindi fiction writer and has published several novels to his name. Mr. Vibhuti is an activist who has been fighting fundamentalist and obscurantist forces for years. He has raised his voice and written boldly against the communal biases of Indian Police. Mr. Vibhuti was also the Vice-Chancellor of Mahatma Gandhi Antarrashtriya Hindi Vishwavidyalaya, Wardha.

The event will be conducted on the 6th, November 2020 from 4:00 PM to 5:30 PM. The last day for registration is 5th, November 2020 at 11:59 PM. To register yourself please fill the form: https://docs.google.com/forms/d/e/1FAIpQLSfuWru3GEwWKzar_sysbNvJ-QQP39walaIE1dUklYp7iO5m8Q/viewform

Visit us for more such opportunities: https://lexpeeps.in/