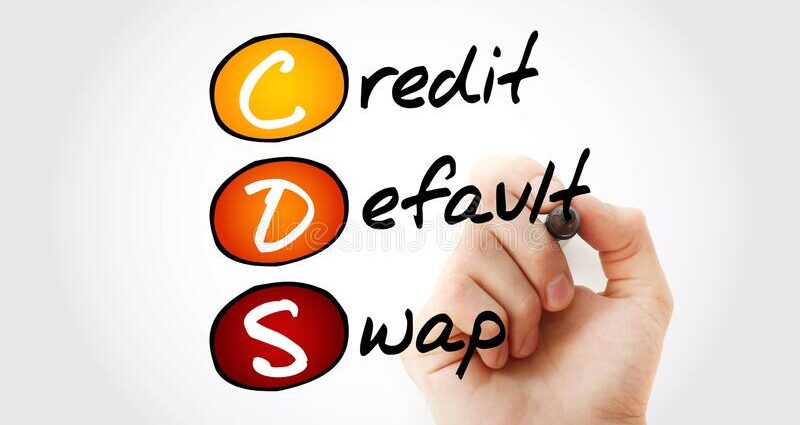 What are Swap contracts?

In the year 1982, Swap Contracts were introduced when the World Bank and IBM entered into an agreement. Swap contracts are one of the four types of financial derivative contracts, where two counter-parties exchange the cash flow of one party for those of the other party’s cash flow for a fixed period.

To understand the system of swap contracts, let us assume that there are two parties. A, who lives in India, goes to the market and notes that the cost of a Samsung mobile is Rs.40000 and the cost of an iPhone is Rs.65000 and B, who resides in the USA goes to the market and notes that the same model of phone that A checked is available for Rs.65000 and Rs.40000 for Samsung and iPhone respectively. Now, these two parties decided to enter into a contract to exchange their commodities and reduce their purchasing cost. This arrangement is defined as swap agreement.

These swap agreements are useful for the financial institutions who want to convert their floating rate to a fixed rate and vice versa. These contracts are executed through a swap bank that works as a matchmaker and assists the transactions between the parties.

Countless swap agreements exist in the financial ecosystem. Here, we will discuss most commonly used variations:

Consider another example, where Company A is newly incorporated and does not have any financial standing in the market. It approaches the bank for a loan and the bank says that they will provide the loan but at a variable rate of interest. On the other hand, Company B, which has an excellent financial standing in the market, approaches the bank for a loan. The bank agrees to give the loan at a fixed interest rate with the same time and notional principle. Now, the companies observe that the interest rate for Company A is going to increase and the interest rate for Company B is going to drop, but due to the fixed rate of interest, the Company would still be paying more. Hence, both the companies agree and swap their interest rate.

2. Currency Swap: Currency swap agreements are used by financial institutions that are planning to expand their businesses internationally and require financing. Through swap contracts, the companies get a more favourable loan rate from their local banks as compared to the banks from that country and minimise the risk associated with the currency fluctuation. It involves the exchange of the principal amount along with the interest payments from one currency to another.

For example, an India based company “X” is planning to enter the Australian market and simultaneously, an Australia based company “Y” is planning to diversify their portfolio by purchasing a company in India. For company X, the expansion would require a funding of $22 million and for Y the acquisition would require the same amount of loan. Now, the Indian banks might give Company X a loan at 9% but for Company Y, it will be at 12%. Likewise, Australian banks will give a loan to Company Y at 9% but for Company X it will be at 11%. However, both companies could have an advantage if they borrow in their domestic currencies and enter into a swap contract. In this way, the companies will receive the desired foreign currency at a cheaper loan and the risk factor for currency fluctuation will reduce.

3. Debt-Equity Swap: Debt-Equity Swap agreements are one of the recent additions. They are used to trade the debt or obligations of a company for something that has an equivalent value such as equity, bonds or stocks. This type of contract is used to maintain the debt to equity ratio of the company to keep a good credit rating in the market. The debt-Equity swap value depends on the market rates but the lender may provide a much higher exchange offer.

For example, Company X suffers a drop in the revenue because of the economic crisis and it has the potential to avoid going bankrupt but due to cash flow problems, they will not be able to make the scheduled instalment. So they approach the bank and offer them 5% equity in exchange for the remaining loan. This swap is called the debt-equity swap.

4. Commodities Swap: Commodities swaps are used to hedge the fluctuation in the commodities pricing and set a fixed price. This will benefit both the buyer and sellers in the market as there will be a fixed selling price and buying price. Generally, it is always the cash flow that swap and not the actual commodities.

There are various applications of swaps in the financial markets. Some of them are :

Similarly to hedge against the fluctuation in currency exchange, the enterprises involved in international business enter into currency swaps.

2. Low borrowing rate: The comparative advantage that one company has is exchanged with the advantages possessed by another company. Hence, both the companies are benefitted from the swap and the purchasing cost is significantly decreased.

3. Access to the International market: The companies enter the foreign markets by using the swap system which will help them in avoiding the fluctuation in financial transactions. For instance, if a company of Canadian origin wants to invest in a business entity in the Indian market, they will enter into an interest rate swap agreement with an Indian company, as the rate of interest for a domestic company would be lower compared to that for the company itself.

4. Avoiding bankruptcy: Using the debt-equity swap, a company can save itself from declaring bankrupt. For example, if a company suffers a revenue drop due to a crisis and the cash flow is not enough to pay company’s regular expense, they can offer the bank equity in their company in exchange for the loan to get approved.

Commercial and comparative advantages are the two basic categories in which swap contracts are used. When a company enters into an agreement where they have to pay a certain interest rate which can be fixed or floating rate, then swaps can reduce the risk of fluctuation in the financial market. Companies that are planning to enter a new market can have a comparative advantage by using the currency swap agreements.

There are three frequently used ways to exit a swap contract before the expiration of the term period. They are:

The blog is written by Abhinav Bansal  ), B.A.LLB student at Trinity Institute of Professional Studies.