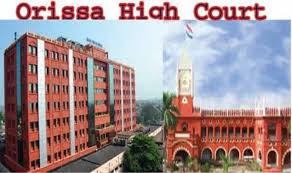 The Supreme Court ordered an interim stay on an earlier Orissa High Court judgement banning animal sacrifice during the Chatar Yatra at the Manikeswari temple at Bhawanipatna. The High Court had imposed a ban on sacrifice of the animals and birds in and around the precincts of Maa Manikeshwari temple during the festival. Petitioner Bhawani Shankar Nial had moved the Supreme Court seeking interim direction to perform the sacrifices. It was stated that in the name of traditional religious custom and rituals, cruelty is being caused to the animals and birds by mass butchery in public places during ‘chatar Yatra’ festival every year and she sought for appropriate direction in the matter for stoppage for such illegal and superstitious animals and birds sacrifice. According to the petitioner, Article 21 of the Constitution is violated which assures every citizen of India to live with dignity as it is hit by forcefully watching and feeling the pain of slaughter of thousands of animals and birds on the public road during the festival. It is further stated that inaction of the district administration of Bhawanipatna in stopping the butchery has compelled her to approach this Court on a number of occasions and even though some though some directions have been passed in that respect to check such activities but no fruitful result came out for which she has approached this court again. The festival is being celebrated during the Mahastami of Durga puja festival every year. Animal sacrifice is prevalent during this festival. Though the State Governemnt has strictly banned these kinds of activities, still devotees do not follow the rule. About 50,000 animals sacrifices take place during this festival. The court had fixed responsibility on Collector and SP of Kalahandi to ensure the ban is imposed in letter and spirit. Sacrificing the animals to please the deity is nothing but a sheer superstition which needs to be addressed so that it can come to an end by way of district administration, police, educated mass, students and people from all walks of life is necessary.