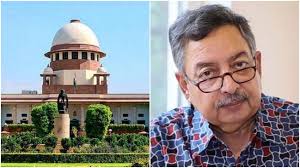 The Supreme Court of India on Thursday quashed the case against Dua for his alleged comments against Prime Minister Narendra Modi in his YouTube show. A bench consisting of Justices Uday Umesh Lalit and Vineet Saran decided to rescind FIR No.0053 and free the petitioner of charges.

Contentions of the Petitioner

Being a renowned journalist, the petitioner was entitled to and did nothing more than critical analysis of the functioning and the actions of the Government.

Mr. Vinod Dua is spreading fake and malicious news by stating that the Prime Minister has garnered votes through acts of terrorism. This directly amounts to inciting violence amongst the citizens and will further disturb public tranquility. This is an act of instigating violence against the government of India and the Prime Minister. Whoever makes or circulates false claims, alarms, or warnings relating to a disaster or its severity or magnitude, leading to the panic of the citizens of the country, shall on conviction, will be punishable with imprisonment which may extend to 1 year or with fine.

The Decision by the Supreme Court

The Supreme Court of India on Thursday quashed the case against Dua for his alleged comments against Prime Minister Narendra Modi in his YouTube show, saying a verdict of the year 1962, namely Kedar Nath Singh, entitles every journalist to protection. The prayer that no FIR be registered against a person belonging to media with at least 10 years of standing unless cleared by the Committee was rejected by the Supreme Court. Writ Petition was allowed to the aforesaid extent and FIR No.0053 dated 06.05.2020 registered at Police Station Kumarsain, District Shimla, Himachal Pradesh was quashed.