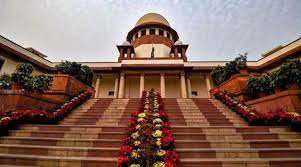 PS Murthi, an 87-year-old and the father of 5 children, was allotted a plot by the Tamil Nadu Housing Board on 26th May 1972, where he built a two-story house for him and his family.

Murthi lived peacefully with his wife and his fourth son i.e Laxmi Rajah. On the demise of the Murthi’s wife, PS Vijay and PS Suraj started demanding a share in the properties, forcefully took possession of the ground floor of the house, and allegedly ill-treated their father on many accounts.

The 87-year-old filed a contempt petition before the Madras High Court against his two sons for wilful breach of undertaking dated 28.12.2019 given to the court of V Metropolitan Magistrate of Egmore, Chennai. The mentioned undertaking was for the petitioners to vacate the Murthi’s house, to save themselves from a criminal complaint filed by their father for the ill-treatment he was sustained by his sons.

As per the Madras High Court order date 04.06.2021, PS Vijay and PS Suraj were found guilty under Section 2(b) of the Contempt of Courts Act, 1971 and were sentenced to undergo 3 months of imprisonment or pay a fine of Rs.2000. and undergo imprisonment for one week.

The Supreme Court of India, on June 11th, noted the submission made by the counsel of the petitioners who had till June 13th to vacate the premises and was asked to file a compliance affidavit on June 14th, 2021.

On June 15th, the counsel of the petitioner, Anup Kumar, stated that June 14th i.e. Sunday was a complete lockdown and thus, was the reason for their breach of undertaking. The counsel further asked for 7-15 days to vacate the premises. The apex court dismissed the appeal of the petitioners and stated that the sons will vacate the property on or before June 17th and the court further refused to grant them any protection for arrest.