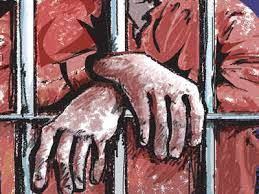 The Jaspal Singh Gosain versus CBI case, otherwise called the Ranbir Singh counterfeit experience case, is a criminal case in the Uttarakhand province of India, that occurred on 3 July 2009, and included fake encounter killing of Ranbir Singh, a 22-year-old MBA graduate in Dehradun.

18 cops of the Uttarakhand Police were sent up for preliminary investigation after the murder of the Ranbir Singh. Delhi court sees seven of them as liable of homicide, 10 of them of criminal conspiracy and kidnapping to murder and another is indicted for destruction of proof.

The Delhi High Court, in 2014, affirmed the conviction for the offences of the cops under Sections 302 (Punishment for Murder) and 364 (Kidnapping or stealing to kill), read with Section 120-B (Criminal Conspiracy) IPC. The Supreme Court on June 8th, heard the bail plea of one of the police officer serving life imprisonment for the 2009 fake encounter in Dehradun for murdering a 20-year-old MBA understudy.

The bench relied on the order dated January 13,2021 which said “The Learned Additional Solicitor General has no objection to release the appellant purely on humanitarian grounds on interim bail.” The Bench allowed the opportunity to the state to record its answer and listed the matter for hearing on next Tuesday.