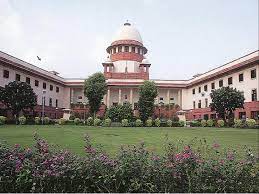 Supreme Court Bar Association wrote a letter to the Chief Justice of India N.V Ramana saying that the current situation of Covid-19 is normal and there were a lot of cases pending in Delhi, so The SCBA requested and wrote a letter to CJI to start the physical hearings of SC following strict rules with Covid-19 protocols.

Where, the former Solicitor General and Senior Supreme Court lawyer, Vikas Singh had written the letter to the Chief Justice of India and requested the chief justice of India to resume the physical hearings of the courts following strict rules with covid-19 protocols. In this letter, the supreme court bar association said that most of the Lawyers aged below 45 years had been undertaken a vaccination program and while Advocates who were above 45 years have already been vaccinated.

The SCBA said that in the present scenario where we would start the court normally by taking care of the covid-19 so that the court functions do not affect in any manner. Supreme Court Bar Association also added that if the third wave hits we would be known only when the action of virus takes place and since the government is aggressively conduction genome sequencing. The fact of the third wave would be known in the public areas the moment it states that the SCBA has added.

SCBA has also mentioned that almost all our stakeholders have been taken their first dose of vaccine and most of them have taken two doses as well. And also said that there is a slot of 45 minutes should be assigned for miscellaneous and final disposal matters and thereafter that three slots of 1 hour should be assigned for two final hearings matters in each slot so that the total 6 final hearing matters can be taken up.