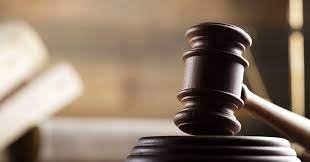 Shyam Sundar and others V. The State of Rajasthan

This article focuses on the brief analysis of the case Shyam Sunder and Others v. The State Of Rajasthan.

Author of the Judgement

Navneetlal, a resident of Udaipur working as a Store Keeper in the Public Works Department, of the State of Rajasthan, boarded on a truck at Bhilwara along with six others and proceeded to Banswara for famine relief works undertaken by the department. Throughout the journey, the radiator of the truck was getting heated frequently and the driver was pouring water into it every 6 or 7 miles of the journey. The truck took nine hours to travel the distance of seventy miles. After having traveled four miles from Pratapgarh, the engine of the truck caught fire. As soon as the driver saw the fire, he cautioned the occupants to jump out of the truck. Consequently, Navneetlal and the other persons jumped off the truck. While doing so, Navneetlal struck against a stone lying by the side of the road and died instantaneously.

Parvati Devi, widow of Navneetlal brought a suit against the State of Rajasthan for damages under the provisions of the Act. The plaintiff alleged that it was on account of the negligence of the driver that the truck which was not road worthy was put on the road and that it caught fire which led to the death of her husband and that the State was liable for the negligence of its employees in the course of his employment. The plaintiff also alleged that the deceased had left behind him his widow namely, the plaintiff, two minor sons, one minor daughter and his parents. The plaintiff claimed damages to the tune of Rs.20,000/- and prayed for a decree for that amount. The state contended that there was no negligence on the part of the driver as the truck was quite in order when it started and if it developed some mechanical trouble suddenly causing fire, the driver cannot be held liable.