SHOULD THE COOLING-OFF PERIOD BE WAIVED IN CASES OF CONSENSUAL DIVORCES? 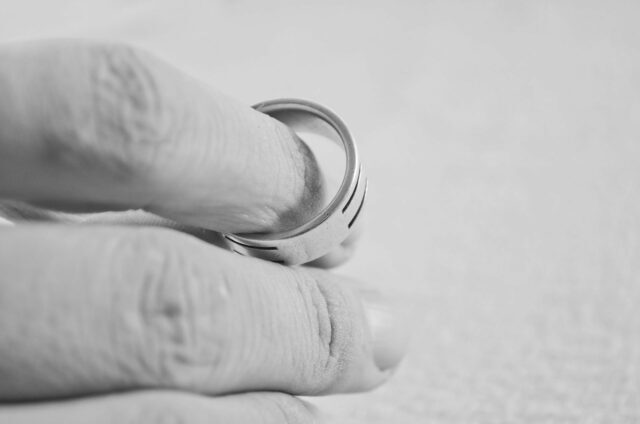 This article talks about Section 13(B) and the effects of the cooling period being waived off and various cases to understand this better.

Marriage is considered one of the essential sacraments for all Hindus. None other than the Hindus have endeavored to Idealize the institution of marriage. Due to this a divorced person was stigmatized and hindered in the Hindu Society but over the years as our nation developed and Hindu Marriage Act came into force eventually the divorce aspects also found their own place in the act. The Hindu Marriage Act, 1955 under Section 13 (B) states that a petition for mutual consent divorce is presented by the parties with the following averments: –

In recent years Supreme Court has given a new perspective to the cooling period in mutual and consented divorce. The court held that this clause of the Hindu Marriage Act,1955 which allows a cooling-off period of six months is not compulsory but just directory to the courts. According to this, the courts in which the divorce proceedings are ongoing under extraordinary cases have the right to suspend this time if other conditions are met, including the fact that the spouses have been piecemeal for a period of more than18 months, that all comforting and concession attempts to reunite the parties have collapsed and the parties have truly resolved their controversies, indeed in regard to alimony.

MEANING OF THE TERM ‘COOLING-OFF PERIOD’?

Under Section 13 of the Hindu Marriage Act, 1955 a married couple can get a divorce on the grounds of mutual consent through filing a petition to the court. It’s a straightforward method to dissolve the marriage where both the parties peacefully agree to the separation. According to Section 13 (b) of the Hindu Marriage Act, 1955 for a statutory interregnum understanding, a cooling period of six months between the first and the last motion for divorce by mutual consent so as the possibility of cohabitation and settlement could be explored. This period of 6 months is called the cooling-off period.

APPLICABILITY OF COOLING PERIOD IN CASES OF DIVORCE

The expenses are the clearest preferred position of consensual divorce. Consensual divorce that stays uncontested is sort of often the foremost economical method of dissolving the wedding. The minimal effort of the cooling period isn’t, be that because it may, but it’s the littlest bit of leeway in consensual divorce. In the event that the degree of contention between the 2 partners stays low, a consensual divorce offers an approach to stay it that way. It is extremely private and progressively helpful and is helpful to keep a greater amount of your advantages in all of your personal assets and not on the hands of the law, and other required things within the procedure of the dissolution of marriage. Separation by mutual consent expels superfluous squabbles and saves a lot of time and money. With the expanding number of uses being applied for a separation, a consensual divorce is the best alternative. Uncontested separation offers to break away life partners the chance to finish their marriage discreetly and with dignity.

UNDER WHAT CIRCUMSTANCES IT CAN BE WAIVED OFF?

In Abhay Chauhan v. Rachna Singh, 2006 both the parties were 30 years old, well educated, and mature and the marriage of the parties was solemnized four years ago and there was absolutely no possibility of reconciliation. The Delhi High Court in such a case held that the cooling period of 6 months can be exempted in certain cases but this controversy is still continuing. High Courts are overwhelmingly waiving this period by calling it directory rather than mandatory provision but some high courts beg to differ.

In an important judgment of Amardeep Singh vs Harveen Kaur on 12th September 2017, the Supreme Court held that this cooling period of 6 months can be waived in cases of mutual consent. Section 13B (1) of the Hindu Marriage Act deals with the petitions sustainability therefore it cannot be abolished and Section 13B (2) in spite of being administrative should be repealed after the details of every situation as they may vary from each other, wherever the little possibility of reconciliation is seen.

In the Avneesh Sood vs. Tithi Sood case and in the Shikha Bhatia case vs Gaurav Bhatia & Ors case, the courts held that a spouse who undertakes to comply with the consent given in the first motion for the dissolution of marriage under Section 13B (1) of the Hindu Marriage Act and for filing a second motion he/she would not be allowed to withdraw such an undertaking subject to an agreement reached between both the spouses.

Rajiv Chhikara vs. Sandhya Mathu, the Delhi High Court held that retracting from mediation would be considered as mental cruelty. The Court also noted in the case that the partner had lived apart since 2009 and that their relationship was now beyond repair. Therefore, under these circumstances, one partner demands that the marital bond be maintained and the same would be as putting the partner in extreme mental cruelty.

In Suman v. Surendra Kumar, the High Court of Rajasthan addressed this question for the purpose of the cooling period whose purpose is to give both the partner time and opportunity to reflect on their decision. The partners or one of them may have second thoughts in this cooling period and may change their minds about the dissolution of marriage.

However, the court always takes into consideration the following aspect before waving off the cooling period:

Thus, the Supreme Court has given family courts the discretion to determine whether to waive the six-month cooling-off period or not. The Court also held that the application for a waiver of the cooling period can be made as early as one week after the divorce petition had been filed in the court.

SOME OTHER IMPORTANT CASES UNDER SECTION 13 (B)

In the Sureshta Devi v. Om Prakash case, the Hon’ble Supreme Court held that the phrase ‘living separately’ refers to not living as husband and wife. It has no reference to where the spouses live. It is possible that the partners may are living under the same roof and still may not live as husbands and wives. The partners don’t wish to fulfill marital obligations. The Supreme Court of India had ruled that mutual consent is a sine qua non I.e an essential condition for passing a decree of divorce and the said agreement must be binding and subsist until a final decree of divorce has been issued.

In Hirabai Bharucha vs. Pirojshah Bharucha, the High Court held that the courts are obliged to make every effort to maintain the institution of marriage. That is an arrangement between the partners specifying the terms of settlement runs counter to public policy, they should be regarded as void ab initio and it is unenforceable and, in such cases, it cannot be recourse to contempt proceedings.

The court ruled that where a solicitation is submitted for divorce through common concurrence under Section 13B of the Act, the Court will move that the concurrence granted by the mates persists until the date of the allocation of the divorce decree. And if one mate freely withdraws its support, in view of the provision of Section 13B of the Act, the Court doesn’t have the power to grant a divorce decree by collective concurrence.

Consensual divorce refers to that stage where both the partners dissolve their marriage by mutual consent. Divorce is an equally important part of society as marriage. As we all know that all marriages are not perfect and cannot be sustained or continued, ending such marriage is the best possible damage control that can be done for both spouses. Divorce by Mutual-consent is one of the recent addition to the Indian jurisprudence of divorce and is fairly integral. Earlier, Indian couples resorted to the very time-consuming and expensive method of ground-based litigation, which did no good to the parties but rather induced animosity between them and involved many maligning.

This article is written by Tanya Arya, a second-year law student at Vivekananda Institute of Professional Studies.

An Overview of Psychological Theories of Crime
Torts against Immovable Property
Suresh vs. State of U.P
2022-03-16
Previous Post: INDIAN FEDERALISM: ISSUES AND CHALLENGES
Next Post: All About SARFAESI Act, 2002