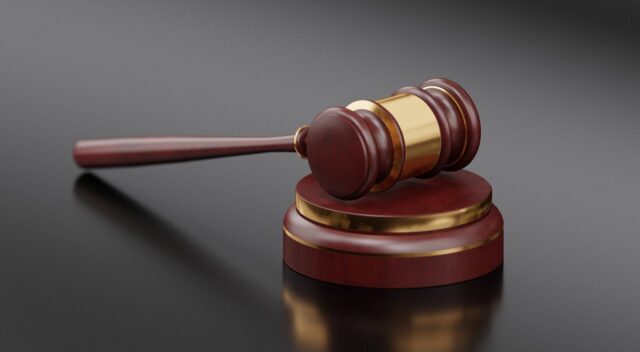 SEPARATION OF POWERS
The power is divided into three branches: legislative, executive, and judiciary. These three organs of the government are independent of each other. These branches are well-known examples of the tripartite system in the united states. The main purpose of this separation of power is to prevent the concentration of power and autocracy.

KEY FEATURES OF THE FEDERALISM UNDER THE INDIAN CONSTITUTION

BICAMERAL LEGISLATION
Like Canada, India has also bicameral legislation. India also has two houses upper house [Rajya Sabha] and the Lower house [Lok Sabha] and a bill have to be passed by both the houses of the parliament. In India even states also have bicameral legislation such states are Karnataka, Maharashtra, Uttar Pradesh, Bihar, Telangana, and Andhra Pradesh. They have an upper house [Vidhan sabha] and a lower house [Vidhan Parsihad].

In India, emergencies can be imposed under articles 352, 356, and 360 of the Indian constitution. During an emergency center government retains all the power and the state government has no autonomy during an emergency. This way federalism loses its luster.

ISSUES AND CHALLENGES FACED BY THE INDIAN FEDERALISM

REGIONALISM
As center focuses more on bigger states than the smaller states and states work according to the democratic system. Then, the conflict can arise between them and they demand to be separated from the union.

ABSENCE OF FISCAL FREEDOM
Fiscal freedom basically means the distribution of financial and tax-related power between the center and the state government. It is necessary for the development of the nation. Though the main power lies in the hands of the center and also they have a finance commission whose work is to decide the state’s share in the center’s revenue.

INTEGRATED SERVICES
India has integrated services of the judiciary, audits, elections, and many more. The judiciary system of India consists of the supreme, the high court at the state level, and district courts. Supreme courts decisions are bound on the high court and the high court doesn’t have jurisdiction to entertain cases related to disputes between the states. The process of election is the same at both the center and the state level. At the center, it is conducted by the election commission and at the state level it is conducted by the chief electoral officer [CEO] but they are under the supervision of the election commission.

DIFFERENT RELIGION
India is a diverse country and has people who belong to many religions but India is a secular state and the word secular was added in the preamble under the 42nd amendment act which means India will not have any religion or will not promote any religion. This can lead to a conflict between the two religions and then makes federalism weak.

MANEKA GANDHI VS UNION OF INDIA
In the year 1978, the verdict passed under this law is that any law made by the legislature is considered to be ultra vires if it violates or infringes any of the fundamental rights. The fundamental rights can only be changed by the constitution, hence this is a check on both the executive branch and the parliament and the state legislatures. During times of emergency article 19 of the Indian constitution is taken away as during the times of emergency our country follows a unitary government. Therefore India is a quasi-federal country.5

STATE OF WEST BENGAL VS UNION OF INDIA
The exercise of sovereign rights by Indian states was the central issue in this case. The Parliament’s legislative competence to implement a statute requiring the Union to acquire land and other properties vested in or owned by the state, as well as the sovereign authority of states as separate entities, were also investigated. The Supreme Court of India ruled that the Indian Constitution did not contain an absolute federalism provision.6

Article 13 of the Indian Constitution will therefore become a non-issue, and it may be overlooked because even regular legislation will be exempt from judicial examination because they were passed on the strength of a constitutional amendment that is not subject to challenge.7

This article is written by Prerna Pahwa, a student of Vivekananda Institute of Professional Studies, New Delhi.

Determining Residential status of an Assessee
Act of God (Vis Major) as a Defence under Tort Law
Simultaneous compensation under the MV Act and the Employees' State Insurance Act
2022-03-16
Previous Post: Moot Court Competition: Subharti Institute of Law & INMANTEC
Next Post: SHOULD THE COOLING-OFF PERIOD BE WAIVED IN CASES OF CONSENSUAL DIVORCES?