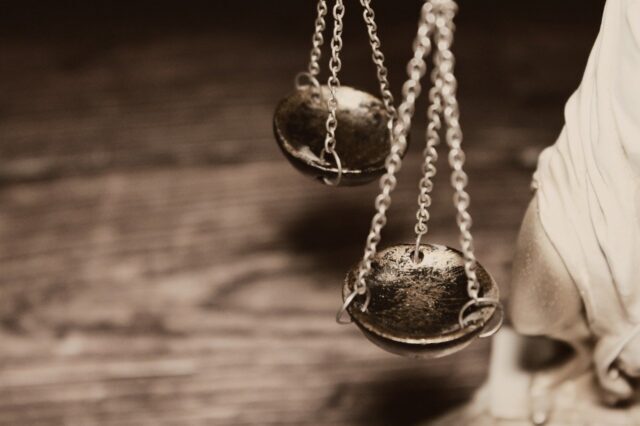 The crucial question before the court was whether the youngster should be tried as an adult or not. In this case, the child was over the age of 16 but under the age of 18 when he committed the offense.

High Court– High Court stated that if a kid has committed any heinous offense such as rape or murder, which is punished for more than 7 years, a punishment similar to that given to an adult can be imposed. The order was found to be inconsistent, prompting an appeal to the Supreme Court.

Supreme Court– It was determined that this Act does not apply to the fourth category of offenses, which are penalized for more than seven years but do not include a minimum sentence or a sentence of fewer than seven years. As a result, under the context of this Act, this is referred to as a “serious offense”. This type of issue is to be dealt with according to this procedure unless the Parliament itself deals with it.

Luthra’s submission reasoned that it was not the Court’s responsibility to fill in the gaps and fix them. The Court stated that if the legislature’s purpose was clear, it might add or remove terms from the Act. However, in cases where the legislature’s intent is uncertain, the Court cannot add or remove words to provide meaning that the Court deems fit into the scheme of things. The Court was interpreting a statute, which had to be construed following its wording and intent.

Unless the Parliament acts with it, this type of matter must be dealt with using this approach. It was decided that the Legislature’s objective does not have to be the same as the judge believes it should be. When the statute’s wording is obvious but the Legislature’s intent is ambiguous, the Court cannot add or remove terms from the statute to give it a meaning that the Court believes fits into the scheme of things. However, if the Legislature’s aim is obvious, the Court can see behind the statute’s inartistic or clunky wording and determine the problem that must be handled under the code’s objectives. The court also ordered the High Court to remove the child’s name from the Child in Conflict with the Law registry. As a result, the case was resolved in favor of the child.

The rationale or the ratio decidendi is one of the crucial aspects in analyzing the mindset behind a judgment. According to Section 14 of The Children Act, 1960, If the child offender has committed a heinous crime, the Juvenile Justice Board must conduct a preliminary examination to determine the child’s mental and physical capacity to commit the crime, as well as the child’s ability to comprehend the consequences of the crime and the circumstances in which the crime was allegedly committed. The Board has the authority to enlist the assistance of experienced psychologists, psychosocial workers, or other field experts. The statement makes it clear that the preliminary assessment will not focus on the trial’s merits or the child’s allegations.

Further, under section 15 of The Children Act, 1960 –
(1) There is a need to try the child as an adult under the provisions of the Code of Criminal The procedure, 1973 (2 of 1974), and pass appropriate orders after trial, subject to the provisions of this section and section 21, taking into account the child’s special needs, the tenets of a fair trial, and maintaining a child-friendly environment;
(2) There is no requirement for the child to be tried as an adult, and the Board may conduct an inquiry and issue appropriate directions in accordance with section 18. (2) In the case of a child in conflict with the law, the Children’s Court shall ensure that the final order includes an individual care plan for the child’s rehabilitation, including follow-up by the probation officer, the District Child Protection Unit, or a social worker.

In Dr. Subhramanium Swamy And Ors vs Raju through the Member Juvenile Justice…, on 28 March 20144, only one of the five people was not sentenced to death by the session court on March 28, 2014, according to the Member Juvenile Justice… In their appeal, the petitioners demanded that the juvenile be prosecuted and punished alongside the other four defendants. The first appeal, which was dismissed by the Delhi High Court, was filed. Another appeal was filed with the Supreme Court, but it was dismissed. As a result, Dr. Subhramanian Swamy’s application was denied by the Supreme Court. Furthermore, the court dismissed the victim’s parents’ writ suit.

After analyzing the situation in the instant case, while acknowledging that the court cannot legislate, the reasoning of the bench that if it did not address the issue, the Boards would have no guidance on how to deal with children who have committed fourth-category offenses is concluded to be to the point. The court stated, “Since two viewpoints are feasible, we would prefer to choose the one that is in favor of children.” The bench, therefore, invoked its authority under Article 142 of the Constitution to order that, as of the date the 2015 Act took effect, all children who committed fourth-category offenses to be treated in the same way as children who committed serious offenses. Still, there is a need to make some serious amendments in the BOOKS OF JUSTICE.

We all know the maxim ‘Salum Populi Suprema Lex’ which means ‘the welfare of the society is the supreme law’, but unfortunately the court failed to apply the same in the recent case. I believe that sending the accused to a reform center will not affect him because his parents, who were aware of his repeated infractions, did nothing to stop him and may be able to “buy the system completely.” I personally feel that these verdicts by the Apex Court only encourage teenagers to become criminals and nothing else. A perfect example of the same is NIRBHAYA CASE.