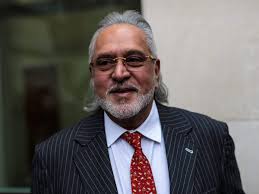 Fugitive Indian Businessman and former member of Parliament Vijay Mallya’s extradition from the United Kingdom to India has been stalled by “secret” proceedings that have commenced in the UK, the central government told the Supreme Court on Monday, a development suggesting that the former liquor baron may have sought asylum in the UK. Although the extradition proceedings against the liquor baron concluded in May after the UK high court rejected Mallya’s plea to approach the UK Supreme Court against the proposed extradition to India, the fresh proceeding have delayed his departure for India, the apex court was told.

“After extradition proceedings were complete, another secret proceeding has commenced, but we have not been notified and we are not a party to the proceedings. The extradition is not happening. Mallya  flew to the UK in March 2016 as a consortium of India banks, which claims that he owes them 9,000 crore in principal and interest on loans extended to his defunct Kingfisher Airlines, closed in on him to recover the money. He was subsequently declared a wilful defaulter in India. In London, speculation arose that most likely issue holding up Mallya’s extradition to India was an application for asylum, which is a process on which British authorities do not publicly comment in individual cases as a matter of policy and strict data protection laws. Mallya has lost a series of challenges to his extradition in the Westminster Magistrates Court and the high court since proceedings began after his arrest in April 2017. Under Uk rules, until an asylum application is determined, extradition cannot be carried out.

A ministry of home affairs spokeperson did not respond to HT’s queries on the matter. A high commission spokesperson had stated on June 5. Vijay Mallya last month lost his appeal against extradition, and was refused leave to appeal further to the UK Supreme Court. However, there is a further legal issue that needs resolving before Mr Mallya’s extradition can be arranged. Under United Kingdom law, extradition cannot take place until it is resolved. The issue is confidential and we cannot go into any detail. We cannot estimate how this issue will take to resolve. We are seeking to deal with this as quickly as possible. The UK home office has a backlog of over 1,00,000 asylum applications. In the year ending June 2020, the UK offered protection- in the form of asylum, humanitarian protection, alternative forms of leave and resettlement – to 16,952 people, latest official figures show.

Mallya has been based in the UK since March 2016 and remains on bail on an extradition warrant executed three years ago by Scotland Yard on April 18, 2017.

“Government control on media like putting sledgehammer to Article 19(1)(a)”.
Airfare Refunds: Centre Tells SC.
The High Court of Allahabad extends protection accused in violation of Anti- Conversion Ordinance of...

2020-10-07
Previous Post: Rhea Chakraborty Has Been Released On Bail.
Next Post: Adoption Under The Hindu Adoptions and Maintenance Act, 1956: An Overview