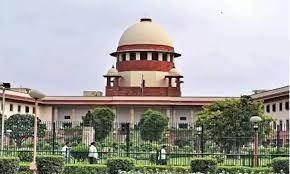 Supreme Court on Friday Stated that India cannot have two parallel legal systems out of which one for the influential and rich people and another one for the poor.

This was stated by Supreme Court in a Murder case of Congress leader Devendra Chaurasia of Madhya Pradesh where the High Court has granted bail to the accused who is the husband of a Madhya Pradesh BSP legislator. The accused Mr. Govind Singh was arrested in the accusation Congress leader in March, there are also another 28 Criminal cases registered against him and Singh was granted bail by the High court.

When the apex court came to know about it took up the matter and the bench comprising of justices D Y Chandrachud and Hrishikesh Roy had observed the case. It has been noted that the accused has been protected by the police because of its power and influence and so put aside an order of the Madhya Pradesh High Court which has granted bail to Mr. Singh. Along with bench also said that existing of two different legal systems will decline the legality and validity of the law.

The apex court also jogs the court memory of the state that is not their duty to protect the politicians or come under their pressure just because they are influential.

Only consent of the concerned adults required for entering into a marriage
SC gives directions to give utmost care to people who are above 60 in Pandemic times.
Mere possession of a Pan Card, Voter Card or Aadhar Card does not meant to be proof of Indian Citize...
2021-07-23
Previous Post: 453 Judges Post Vacant in 22 High Courts in India
Next Post: Other Internships & Job Updates: 23/07/2021