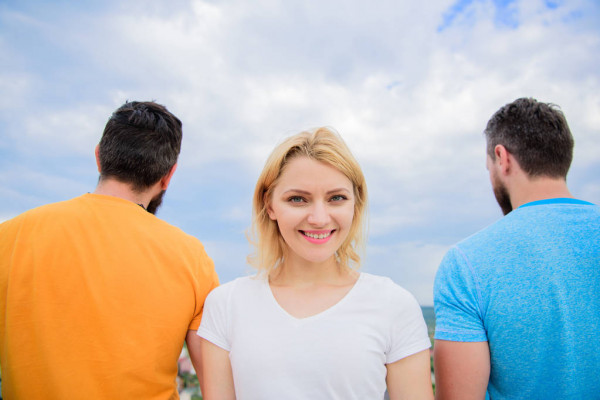 India Is a country with a population of over 130 crores people spanning through varied culture and heritage. It is home to many religions and gives due respects to a person’s choice to propagate the religion of his/her choice.

People hailing from all religions and cultures have different perspective, Ideas and feelings hence there are various Social Institutions that are guided by the views of different groups in the Society.

Marriage is one of the social institutions that is given abundant prominence, there are various laws governing marriages, some of them are codified such as the Hindu marriage act while the other such as the Muslim marriage law are not codified.

However a major dilemma that ought to be considered is the still prevalent perception of the people against people of different groups, caste and wealth, due to which a persons’ decision in a marital situation is often altered.

While considering the Hindu marriage act[i], It only states that in order to solemnize a marriage under the act neither party must have a spouse at the time of marriage, both the parties must not be if unsound mind while giving a consent and  must be of the age of majority

A Muslim marriage however under the Muslim marriage laws[ii] is a contract unlike a sacrament in Hindu, and the essentials required for a valid marriage are similar and includes the need for a proposal made by or on behalf of one of the parties to the marriage, and an acceptance of the proposal by or on behalf of the other party provided that the consent thus provided is a free consent. It also requires the parties to be competent and does not require for any writing or formal ceremony.

While all these laws highlight the need for a free choice on behalf of the parties it is often found to be contradicted when it comes to being practiced and is more prominent in the case of Inter Caste or Interfaith marriage, Although no religion states to be against Inter-caste marriages, there are endless cases regarding acts of violence and harassment against such couples.

“Khap Panchayat”[iii] as it is known in north India and “Katta Panchayat” as it is known in Tamil Nadu, is a group of people of a community who acts as a quasi-judicial system to take decisions on acts that take place at a particular region which are deemed offensive and It is often found to impose harsh punishments based on old customary practices.

Honor Killing in simple terms refers to the killing of a male or female for the reason, that their act in some way has brought shame either to their family or to the caste or towards their religion, such acts often include inter caste or interfaith marriages, illicit relationship with other men, loss of a women’s virginity before marriage, etc.

Although Honor killing does not have a separate section in any of the acts criminalizing it, however the acts of the IPC are sufficient enough to punish such offenders.

In the case of Bhagwan Dass vs State (NCT) Of Delhi[iv] where a man was convicted for murdering his own daughter for leaving her husband’s and staying with her Uncle stating that she had brought shame to the house, The Supreme Court upheld the decision of the High Court convicting the girl’s father and stated that the act of Honor Killing is nothing but barbaric.

FUNDAMENTAL RIGHTS OF PEOPLE TO CHOOSE THEIR PARTNER

Article 21 in The Constitution Of India 1949 refers to the “Protection of life and personal liberty No person shall be deprived of his life or personal liberty except according to procedure established by law”[v].

In the case of Lata Singh vs. State of U.P[vii] where a girl filed a petition against her brothers for violence against her husband and his family on the grounds of Inter caste marriage, the Court held that when a boy/girl attains majority he/she has the right to make choices and thus have the right to choose to marry whomsoever he/she likes even though the family is not satisfied by it and the most that the family can do is to cut any connection with their son or daughter. The court also directed the police to protection to such couples.

Further in the case of Salamat Ansari and others. Vs. State of U.P. [viii]. the court while considering a petition to quash an FIR filed against a man alleging him of various offences under IPC including section 366 for Abduction, The court in this case considering the submissions of the girl that it was with her will that she went to stay with the petitioner and considering the age of the girl. The Court upheld her liberty of the decision and acquitted the boy of all charges.

In a recent Judgement by the Allahabad High Court, the court while deciding a case concerned with interfaith marriage, reiterated that It cannot be disputed that two adults have right of choice of their matrimonial partner irrespective of their religion and nobody and even their Parents cannot object their relationship.

India as a country has come a long way in terms of ensuring equal and fair rights to its people, and creating good laws to govern the people. This is one step closer to this allowing people to choose their partner denotes the liberty and freedom of expression in the society.

This article is written by Govind S Nair, a 2nd year BBA LL. B student at VIT School of Law, Chennai. This article expresses the right of a person either boy/girl to choose their partner for marriage and the present situation regarding the same in the Country.

Legal and Ethical Aspect of Organ Transplantation in India
Functionaries under Code of Civil Procedure, 1973
Privileged Communication under the Indian Evidence Act
2021-09-27
Previous Post: NEPOTISM IN THE LEGAL SYSTEM OF INDIA
Next Post: Job Post: Assistant Manager – Legal at Vivo