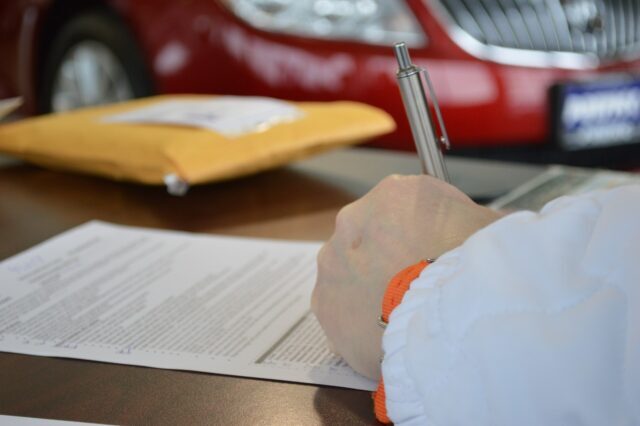 The Specific Relief Act 1963 chalks out an array of reliefs that can be sought under the tutelage of the civil courts in addition to the other available civil remedies enshrined under CPC 1908 for aiding the enforcement and due fulfillment of the contractual obligations besides providing a host of other civil reliefs.

The Specific Relief Act was enacted on 13th December 1963 on the recommendations of the 9th report of the law commission and it seeks to effectively replace and widen the scope of the Specific Relief Act 1877. The Act expands the horizon of the civil court by arming it with a greater number of reliefs in addition to the existing reliefs available under civil courts.

The act is not only limited to the remedies for the performance of contracts but also provides relief in a variety of fields. Generally, the branches of substantiative laws lay down the rights and duties as per their purpose and thereby provide for the remedies for the violation of those rights. However, the Specific Relief Act per se does not afford any legal rights, but on the other hand, provides a comprehensive scheme of specific remedies in specific terms for the violation of the legal rights.

Peaceful possession of a property is quite essential for the maintenance of law and order in society since the failure to observe the same has the potential to create disturbance and disequilibrium in society. Civil Laws primarily CPC 1908, do provide relief per se in this matter. The addition of the reliefs under specific relief act further widen the ambit of the relief available to the public and add to their cause and rescue. Henceforth, the first chapter of the said act provides relief to those who have been unlawfully dispossessed of their property which could be both immovable or movable.

Section 5 of the Act deals with the recovery of legal possession of specific immovable property based on the title. The title may be acquired on the basis of either ownership or possession. The one having the better title is entitled to possession of the property. A suit under Section 5 is an ordinary suit under CPC 1908.

Section 6 of the Act provides the remedy of filing a suit if any person is dispossessed of his immovable property without his consent and the due course of law. The plaintiff need not prove better title for the purposes of the suit under this section but has to prove wrongful dispossession.

In Puthukkattil Parangodan v. Parameswaran1, it was held that this section seeks to prevent the violation of law and order by restraining a person from using force to dispossess another of his property without the due course of law.
Section 7 deals with the recovery of possession of specific movable property or money value thereof in alternative through an ordinary suit under CPC 1908. A person is entitled to possession if he has either special (bailment, pawn, etc.) or temporary rights. Under this section, the suit can be brought against the actual owner.

Section 8 deals with the liability of the person in possession of the specific movable property to return it back to the person entitled to immediate possession. Under this section, a suit cannot be brought against the actual owner. Relief under this section is sought for only the return of a specific article and not for monetary compensation unlike section 7.

Ganga Bishan v. Jai Narain2: Relief under this section is claimed when monetary compensation cannot afford necessary relief to the plaintiff for the loss of property or when it is very difficult to ascertain the actual value of the property.

2. SPECIFIC PERFORMANCE OF THE CONTRACTS

Today’s contemporary modern world thrives on the intricacy and nuances of contracts. Due to their utmost significance in the economic hemisphere, contracts can be rightly characterized as modern wealth. They form the base of all economic transactions ranging from all sorts of employments/ professional employments to monetary transactions of the bank. Enforcement of the contracts forms the centerpiece in the execution of the contractual obligations as often a particular contract forms a link in the chain of various interlinked contracts and failure to observe any one of them may lead to serious dysfunction of the economic ecosystem.

Voidable contracts are those that are enforceable at the option of one party to the contract but not the other. It remains valid as long as the aggrieved party wishes to continue with the terms of the contract. There are certain factors that may render a contract voidable at the option of the other party. These factors include lack of free consent in the form of undue influence, fraud, misrepresentation, and coercion, under section 19 and 19 (A), failure to perform a time-bound contract in which the time was of the essence under section 55, and when one party to a contract prevents the performance of a reciprocal promise by the other party under section 53. So, the party at whose instance the contract becomes voidable has the right to rescind the contract. Chapter IV of the Specific Relief Act provides relief of the recession of the contracts.

A written transaction is basically called an instrument. The expedience of law and prudence demands a transaction to be in writing. Sometimes, it might so happen that the instruments fail to express the intention of the parties involved due to the operative elements of mutual mistake or fraud. Such a situation demands the rectification of the documents. Section 26 of Chapter III of the Specific Relief act provides for rectification of the mistakenly executed instruments.

When documents/instruments after their due execution are discovered to be void or thereafter become void, such documents need to be canceled and Section 31 to 33 under Chapter V of the Specific Relief Act provides this relief. So basically, when a document becomes void, voidable, or has a reasonable apprehension of causing serious injury to the plaintiff if left outstanding, such instruments can be canceled at the discretion of the court. Benefits are to be restored or compensation is to be given on cancellation of an instrument

In the case of Sri Lakha Granites v. Eklavya Singh4, it has been held that an instrument can be canceled only by a court order under Section 31 of the Specific Relief Act and not by unilateral means.

Injunctions are a discretionary relief and may be temporary or perpetual. Temporary injunctions are granted at any stage of suit for a specified period of time and are governed by the provisions of CPC 1908. They are granted for the protection of interest in the property or to prevent a continuous breach of contract. A perpetual injunction can be made only by deciding the merits of the suit via decree and deciding the rights of the parties. It is to be noted that in suits for an injunction, damages may also be claimed additionally.

In Ishwarbhai v. Bhanushali Nanda5, the court observed that the interim injunction can only be sought in the cases where a perpetual injunction is prayed for and not otherwise.

At times, the person legally entitled to the possession or enjoyment of any immovable property might be denied the right to the enjoyment of such property at the instance of the other. It is in the backdrop of such wrongful denial that the court may issue a general declaration as to the entitlement of such right to the aggrieved party. So if a cloud is cast on the title of any immovable property of the plaintiff, he may dispel it with the aid of this discretionary power of the court and avoid future litigation. Section 34 and 35 under Chapter VI of the Specific Relief Act deal with declaratory relief against the impugned person who denies or is interested in denying the right to the aggrieved party.

Besides facilitating the smooth execution of contractual obligations, it seeks to provide a host of other reliefs in the civil sphere through means of rectification and cancellation of instruments, declaratory relief, and orders for peaceful possession of the movable and immovable property. In a nutshell, the Specific Relief Act makes a decent effort to facilitate the cause of the aggrieved parties of the civil sphere of law.