Reliance of Law of Evidence on Social Media Records 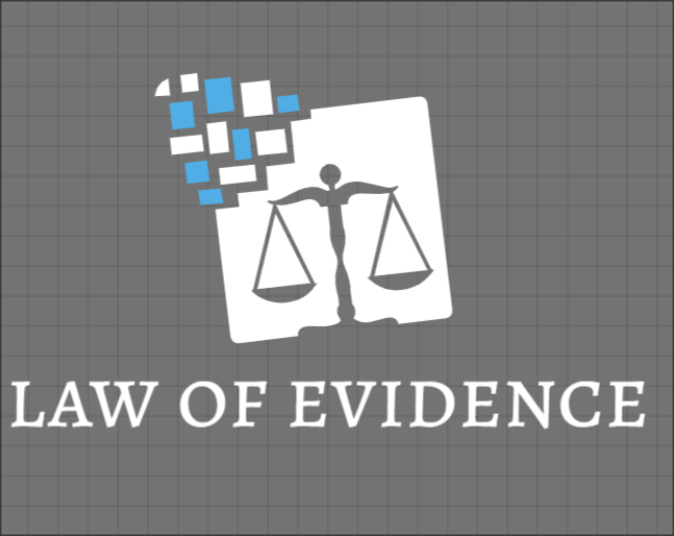 The following article has been submitted by Aaditya Kapoor, a law-aspiring student of Vivekananda Institute of Professional Studies. Through his research, Aaditya strived to shed light on the importance and applicability of social media posts being treated as viable evidence in a court of law.

As the world continues to plunge itself deeper and deeper into a marginally digital stratosphere, there’s a highly apparent state of transparency that remains building up constantly around all of its residents. The distinction between public and private grows thinner and thinner, based not just on personal preference, but also on the basis of external, and even lawful engagement. In-built GPS devices & online monetary transactions are regularly tracked and traced within the ambit of evidential data; with the evasion of such monitoring constituting a tort, even. India remains no exception to this gradual but steady uprising, especially now that it stands in the midst of a Prime Ministerial tenure that heavily relies upon striving to achieve, “Digital India.”

As far as maintaining transparency is concerned, the entire construct of Social Media has contributed to the phenomenon immensely ever since its advent. With a huge amount of citizens sculpturing their daily life into aesthetic presentations on public feeds via application-based websites such as Facebook, Instagram and Twitter, one might as well throw principles of personal privacy and self-containment out the window.  It is an obvious assertion at this point, that social media has transcribed itself into a platform that goes beyond fulfilling mere recreational purposes: and in extension of that notion, this article shall majorly focus on its impact on the Indian Law of Evidence.

The information we put into social media accounts is indefinitely stored and available for future access, and therefore, it’s not far-fetched to see how something that starts off as a simple text exchange between friends can be transformed into e-Evidence within court proceedings. The addition of legal sanctions such as Section 69 of the Information Technology Act, 2000, have ascertained a certain amount of freedom to legal authorities for garnering information stored across social media platforms and consider them as evidence after ensuing due diligence to certain procedures established by law.  In a nutshell, our judiciary has come a long way from relying solely upon willful oral and written admissions that could be accounted for only after the opening of a particular court proceeding. Electronic evidence has enabled the courts to take reliable past records into account, as long as principles of Justice, Equity and Good Conscience are adhered to.

The evidence obtained from Social Media platforms is applied in a two-fold manner within litigation: The discovery and value of particular messages and social media “posts,” as well as the admissibility of such articles during the trial.

As far as the evidentiary value of social media posts is concerned, there are distinct advantages as well as suitable policy reasons attached to using social media evidence in criminal proceedings. There’s a ton of data being transacted into digital spheres of social media, and such data may even include imagery related to a crime in progress, or even one that has already been commissioned. The most recent example of the aforementioned would be the “Bois Locker Room” incident, wherein a large number of teenagers were exposed after promoting rape culture on an Instagram group that involved sharing pictures of minor girls without their consent. Screen-shots of their conversation on the group as well as on other social media platforms surfaced all over the internet and just that sufficed to launch a proper inquiry against all those recorded partaking in these vulgar & highly offensive discussions. The case is still heavily under investigation as more such records keep surfacing now that the issue, in general, has garnered a large amount of attention. In hindsight, the investigating agencies also discovered how some of the screenshots were, in fact, maliciously manoeuvred into placing false allegation on some of the accused. If anything, that only lays insight to how the scrutiny of potential electronic evidence is crucial, as, in comparison to oral and written admissions, it is fairly easier to stage evidence records on social media platforms.

Domestic events such as this are not the only object of interest when it comes to considering social media posts as suitable evidence. In 2016, there was a report of investigating agencies being in the process of targeting messages posted by individuals on various platforms of social media as evidence against those arrested for supporting terrorist groups. Even the United Nations has laid down guidelines wherein it liberates countries on usage of viable tactics in order to curb terrorist activities carried on over the Internet. However, as mentioned before, it is highly necessary to apply due diligence while exercising reliance upon social media-based evidence: which can be ensured by examining their admissibility in court.

The Supreme Court in 2018 had already voiced its clarification on Section 65B of Indian Evidence Act, which specifically deals with admissibility and applicability of electronic evidence within court proceedings. A bench of Justices A.K. Goel and U.U. Lalit related how the provisions must be applied in a manner that ensures certification of such evidence by the person presenting it himself.

Section 22A of the Indian Evidence Act also relays a detailed account on the screening process involved in the admission of all online articles, messages and posts for their admissibility in court. Even in accordance with Common Law, it is necessary to remain ethical in conducting an investigation of social media articles before any litigation process can be commenced. For example, breaching privacy or adding someone as a friend on social media platforms, just for the sake of gaining private information is highly unethical and such conduct can even render any social media evidence obtained through it inadmissible.

However, the Apex Court also said that the applicability of requirement of certificate being produced, “can be relaxed by Court wherever interest of justice so justifies.”

An important case concerning the admissibility of social media posts in a court of law is Zimmerman v Wels Market Inc. The court recognized access to certain private content as relevant and crucial to the case, based on public information displayed on the plaintiff’s Facebook page and thereby ruled in favour of the defendants who were then granted access to non-public segments of the aforementioned social media handle.

In conclusion, it’s difficult to ascertain whether any information obtained through social media platforms should continue to play a vital role in constituting viable evidence within a criminal proceeding. However, based on recent occurrences, it can arbitrarily be said that if obtained through proper scrutiny, social media evidence can and should definitely be used to validate a person’s claim in court – and in that regard, their impact on Law of Evidence remains both uncertain and positive, but surely detrimental.