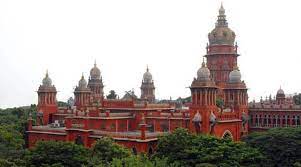 A single-judge bench of Justice P Velmurugan of the Hon’ble Madras High Court while hearing a woman’s appeal against the acquittal of a man charged with sexually assaulting her two-year-old daughter said that the woman’s statement was recorded, and the English term “semen” was incorrectly spelled out as “semman” in Tamil which means red soil color. By taking advantage of that mistake, the accused was successful in securing acquittal in the Trial Court.

The case dates back to 2017 when the mother left her two-year-and-nine-month old daughter with a neighbor while she went grocery shopping. After shopping, when they got home, the child refused to eat and started crying, claiming she was having pain in her private parts. When the girl’s mother checked her clothes, she discovered white stains on her body and undergarments. She took her to the hospital, where it was determined that the child had been sexually assaulted.

The neighbor was charged under the Protection of Children from Sexual Offenses (POCSO) Act. Following the trial, a POCSO Court acquitted the accused citing the prosecution’s failure to prove the case beyond a reasonable doubt. However, The Police Report clearly stated that the woman said “semen” and spotted a “white color fluid” on the child’s private parts. The English word “semen” was misunderstood as “semman” in Tamil, according to the Court.

The Court observed that “The Trial Courts sometimes do not apply their minds; instead of exercising their discretionary power to order a re-investigation or to summon relevant records they only look for a proof beyond a reasonable doubt. With the exploitation of such procedural flaws, the accused gets the benefit of the doubt. In circumstances like these, a high value cannot be placed on the technical basis of proof.”

The Court, setting aside the decision of the Trial Court, held the accused guilty of section 9 of the POCSO act punishable under Section 10 of the Act. It further stated that in cases of child abuse, the onus of rebutting an accusation falls on the accused.