Plea in Supreme Court for the Formation of GST Appellate Tribunal 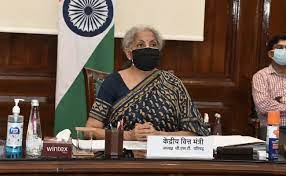 A petition to the Supreme Court has been filed to establish the Goods and Services Tax (GST) Appellate Tribunal. The case, which is expected to be heard soon, claims that the tribunal has not been established even though the Central Goods and Services Act has been in effect for four years.

It was stated that in the absence of a Tribunal, citizens who have been wronged are forced to contact their respective high courts, which is overburdening the work of the high courts. “In the absence of an Appellate Tribunal, litigants are unable to obtain justice within a reasonable timeframe, creating significant hardship to litigants across the country,” according to the PIL filed by advocate Amit Sahni.

It stated that the creation of national and other Appellate Tribunal benches has become an imperative necessity of the hour and that the respondents cannot delay its establishment indefinitely. It further stated that the period of limitation to file an appeal before the tribunal, which is 90 days, cannot be extended by the Centre by administrative order in violation of statutory rules, and that such an extension cannot be granted indefinitely.

In the plea, the following assertions are made: