Plea Challenging Commercial Property Tax On Lawyers’ Offices To Be Heard By HC. 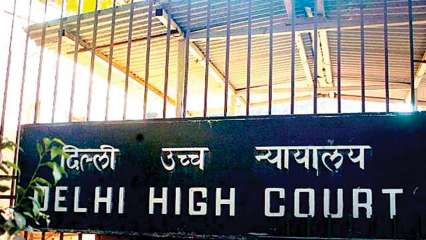 In light of this, the Bar Association is hoping to give way to a ‘hybrid system’ in compliance with the un- lockdown guidelines. Subsequently, the letter notes that the restriction of the proceedings of the Court and the judicial system to video conferencing only comes with its ‘inherent limitations’ which have led to a backlog of pending cases and that many sub-judice have been in a state of suspension for 4 months now, thus slowing the efficiency of the system of dispensation of justice. As an interim relief, the plea sought to stay the operation of November 2018 notice issued by the authorities for self assessment property tax return of the lawyers office. The plea has arrayed the three municipal corporations as parties

Dilution of the Statutory Protection Available to MSME: A Critique of the Supreme Court's Judgment i...
BIKRAMJIT SINGH VS. THE STATE OF PUNJAB.
Supreme Court Refuses to Grant Relief to Disgruntled Sons Seeking to Challenge Madras HC Order

2020-10-07
Previous Post: Supreme Court directs that Rights of Accused should not become Illusionary by Imposition of Disproportionate Bail Conditions.
Next Post: Rhea Chakraborty Has Been Released On Bail.